I’d forgotten just how easy-going and helpful Andalucians are. I don’t mean Spaniards in general – although I do have a huge soft spot for this country and its people – but very specifically the inhabitants of that vast swathe of (mostly) olive-groves bordering the Med. Having just spent a week down that way, this time focussed on the province of Cadiz and holed up in the delightful little pueblo blanco of Vejer de la Frontera, I’m convinced that Andalucians have a unique genetic disposition. One man even devoted 5 minutes of his life to getting change and operating a parking-meter in Jerez to get us off a diabolical parking-fine. This was just a genuine human gesture for two frantic English-people late for the airport – nothing more. Here’s a pic of what had delayed us – an 11th century mosque inside the beautifully restored Alcazar of Jerez.

The reason for the extreme empathy of Andalucians? It could be the fact that Cadiz was Europe’s first city, founded by the Phoenicians several hundred years BC. Or it could be that Andalucia was the last bastion of the Moors who, after losing their last kingdom of Granada were finally thrown out of Spain in the early 17th century. The Cadiz region lost Moorish control much earlier, in the 13th century, yet the women of Vejer still dressed Arab-style in long black dresses with headscarves just a few decades ago – and the whitewashed hill village itself is a mirror image of Moroccan ones directly across the strait.

In fact from the roof-terrace of our rented apartment we could see the twinkling lights of Tangier at night and by day the contours of the coastline. I was dying to get across there, even for a day, but the ferry service from Tarifa is outrageously expensive – and we had no desire to endure the lengthy Algeciras-Ceuta border controls – even if that route is far cheaper.

It also has memories of my very first foray into Morocco back in the 1970s, in a 2CV with two student companions. Somehow we got done by a light-fingered young man who we had given a lift to from Tetouan – and most of the funds for our return journey were whipped out of the glovebox as we waited to cross back into Ceuta. For the unititiated, Ceuta is a tiny little Spanish fiefdom actually on Moroccan soil which stares defiantly across at Gibraltar. The next 2 days of hard driving to the south of France (well as hard as that can be in a 2CV) were fuelled by tinned sardines. And to make up for that thought here’s a dazzlingly sunset looking west across the Atlantic from near Vejer.

Back to 2007. Over one weekend while we were there it seems about 220 Moroccans were caught attempting to enter Spain illegally – in fishing-boats and, in one case, actually swimming across the strait. They landed in two spots: firstly just down from Vejer on a deserted 5-km stretch of sandy beach, and secondly on the east coast, between Mojacar and Carboneras, Now it just happens that this is another of Andalucia’s rare pockets of wilderness that I know well from wonderful long summers, writing in the heat of the afternoon, swimming in the warm morning and bar-hopping in the cooler night. Those indeed were the days. But I’m digressing. (And here’s a bull feeding happily on Playa de Bolonia – just a few yards from a fantastic Roman site.)

[photopress:P1000142.jpg,full,pp_image]
So these Moroccans were caught, herded up, medically checked then send back home. It seems they’re quite well treated. But obviously the same amount or more actually succeeded in their quest and are probably now settling into new lives in the suburbs of Madrid where they can fade into the crowds of immigrant workers. This reminds me of an excellent book on this issue from the Moroccan point of view – Partir (Leaving) by Tahar Ben Jelloun – only available in French but well worth reading for the poignant stories of people trapped in Morocco’s socio-economic structure, desperate to get out.

Then yesterday, by chance, while at London’s big annual contemporary art fair, Frieze, I came across a stand which represented a non-profit art space in Rabat, Morocco’s capital and was manned by an old artist friend of mine from Paris. Talking to him and the young French Moroccan lady on the stand, I realised that although things are changing radically with the new young King, there are still unspoken brakes and restrictions operating. So for the moment maybe it really is best to stay on this side of the strait enjoying the evocative sense of that Moorish past but keeping those lights on the horizon.

This classic horseshoe arch stands in the hill-village of Medina Sidonia – with a name like that, you know who founded it. 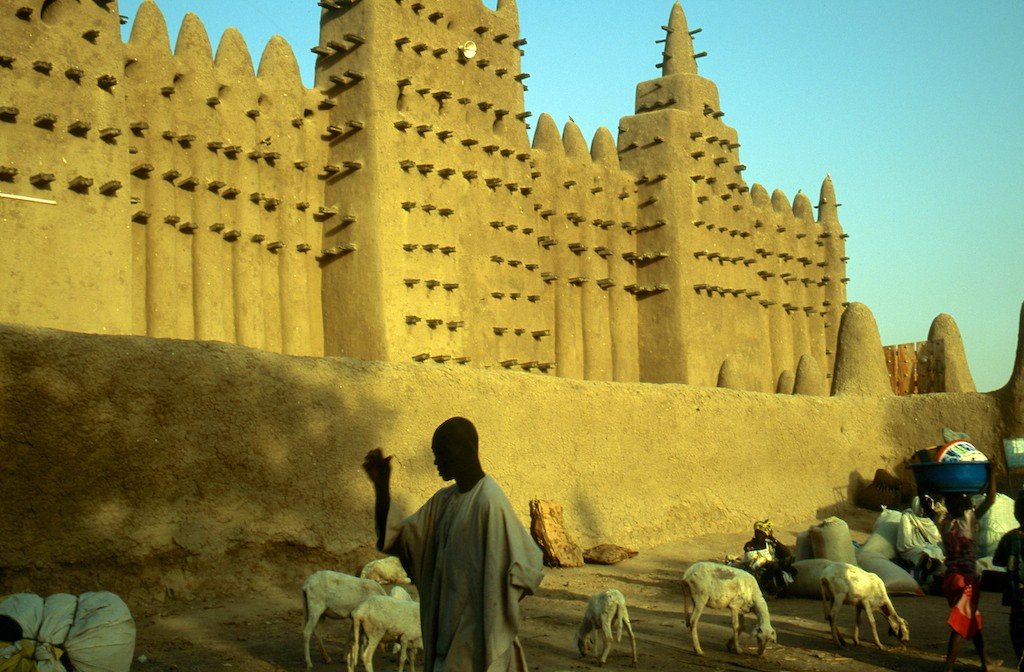