As a writer I often complain about long hours spent working solo – or rather just me and my computer (if only it would talk back when I rant – get that sorted you Apple-boffins). So it’s been a change experiencing other more sociable media while promoting my latest book, Medina Kitchen. By chance, a few weeks ago I also underwent what was euphemistically called an ‘on-camera chat’ to test my presenting abilities for a TV series on women explorers. A wonderful subject, right up my street, but alas the long years of working & playing hard are etched deep on my visage. It was not to be. But for my book promotion, they have no choice, so, spirited away from my desk I’ve been confronted with dealing with OTHER PEOPLE. Help.

As far as I’m concerned, by far and away the best medium is the radio. I was lucky enough to be interviewed at length on LBC (London Broadcasting Company) by Jeni Barnett, a vivacious, funny and intelligent woman who specialises in food issues. Coincidentally I’d already met her about 5 years ago when she was presenting a live food programme on TV. Interviewing me about my tapas book, she impressed me by her ability to think on her feet and leap from one subject to the next – always with genuine interest and humour. In those days she was surrounded by cooks, producers, sound people, cameramen – the whole caboodle of TV. This time, for the radio programme it was just me and her holed up in a little office somewhere in West London, with the technician and producer facing us through a glass partition behind their recording desk. What a pleasure it was to chat for nearly an hour about the book and my general thoughts on food attitudes – and I definitely felt we were on the same wavelength (LBC’s by the way is 97.3FM).

Then last week I found myself back on a TV set, this time that of Market Kitchen for the digital channel, UKTV Food. For several weeks I’d been communicating with the producer trying to get one of my featured cooks over from Tunisia to demonstrate her skills and techniques. Alas, it was not to be, so in the end all they had for material was me – and the book of course. Filming took place in a cleverly designed set in an uninspiring corner of Kentish Town, north London, with a studio audience of 20 odd people seated at bistro tables beside two large kitchen areas for invited chefs to cook up their storms. This programme doesn’t go out live, but for that reason seemed even more complicated with ten times more people involved – and of course started running late.

After over two hours of hanging around watching the other ‘acts’, with the makeup girl making the occasional dash and dab at me (I did have a slowly expanding hangover) it was my turn to be interviewed by Diane Henry, a seasoned food-writer. Four cameras were lined up in front of us as we looked down at three dishes from my book. By then they were running well into the official lunch hour so, after a quick 5-minute exchange that merely skimmed over a couple of points, that was it! In a flash the entire famished crew disappeared for its overdue lunch and I followed. Definitely not my glass of mint-tea. And as I don’t have satellite TV, I won’t be glued to my set on November 5 when it goes out. I might just see a DVD of it but even that doesn’t entice me. Roll on radio. 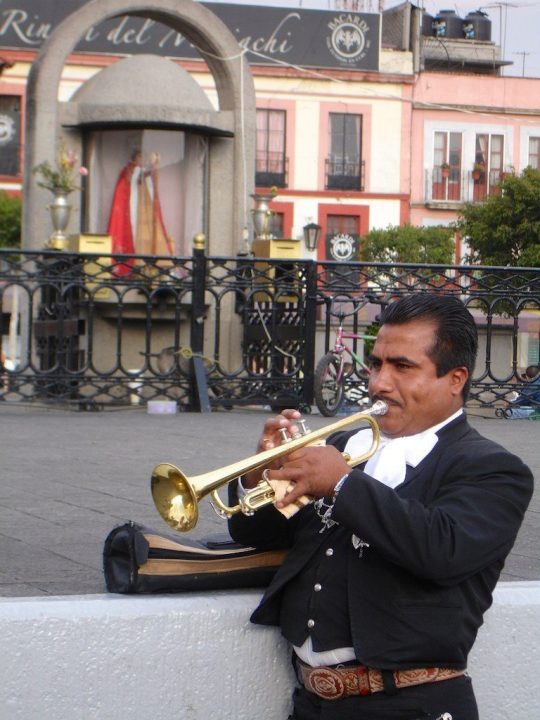