Sometimes a blog is not really on the cards. Since returning from Colombia 10 days ago, my overworked mind has been otherwise engaged – mentally scooting round the globe from Spain to Muscat to Mexico plus a few other places that I’ll keep under my hat for the moment. Some had a slot in the ongoing work on my desk, while others remain hazy projects, still in abstract email form. So, just occasionally, it all gets rather disorientating and the last thing I’m capable of is writing a blog. This wing represents my rather unilateral mind.

This weekend though, buoyed by a few Christmas parties and the final full-stop on a couple of commissions, I felt more grounded. And, good timing, along came a talented novelist friend from Paris to spend a couple of days with us. Now Elise Fontenaille is a personality that you can’t ignore or forget. We’ve known each other for 20 years, have travelled a bit together but talked a lot more. She has an imagination which knows no limits (and has found form in 7 well-received novels so far, more to come) and an incredible resilience to the tougher sides of life, which are legion for a well-regarded but not high-earning, divorced, Paris-based writer with two teenage sons.

An example. One day a few years ago she decided to go silver. This meant her entire apartment went the way of a kind of northern lights display, glitteringly so and with mini-installations of objects, books, gossamer-thin textiles, shoes – all very Dadaist – all sprayed silver. It was extraordinary, like being inside some icey dream palace. I was inspired enough to take a series of photos which I hoped to place in a magazine – sadly that never happened, maybe I didn’t try hard enough because it really deserved to be seen by the wider public.

Anyway while here this weekend Elise brought her extreme gastronomic skills and tastes with her. She has the word gourmet (she would actually say gourmand) written on her soul and a fantastic appreciation of natural ingredients – something that is endlessly written about in this country’s food pages but somehow always seems forced. With Elise’s it comes directly from her refined and incredibly sensual palate, plus a kind of atavistic sense of balance. On Saturday night we indulged ourselves at Rasa Travancore in Stoke Newington, one of a small group of restaurants belonging to the Keralan chef, Das Shreedharan. Rasa Travancore is the meat-eaters’ version of the original vegetarian Rasa across the road. Though cheap and cheerful (you can’t really say otherwise about the brilliant pink walls) its menu has an unusual Syrian-Christian angle, just one of the communities that live in Kochi (Cochin). So the three of us had a field-day sampling the rices (flavoured with lemon, coconut or tamarind) and the fish and duck main courses. All good – only let down by the starters which were uninspired and mean in scale.

Back at the ranch, Elise volunteered to make us a ‘light’ Sunday lunch without actually buying anything. She opened cupboard after cupboard, peered into counter baskets (actually designed for Puglian ricotta; I use them to keep veg out of the light but ventilated) and explored the deepest recesses of our fridge. Out of the back came a few slimey objects that hit the bin fast. But also out of it came a divinely textural salad of avocado, smoked trout, capers, lambs lettuce, tomato, spring onions, coriander and broccoli, a plate of fine asparagus (blanched then drizzled with my wonderful Spanish estate olive-oil) and a caponata – one of Elise’s favourite Mafia recipes – of aubergine, capers, red onion, purple olives, celery, black pepper, salt and demerara sugar…. It was the tops. Un vrai régal as Elise would say. Here are the remains… Back to work, and Elise back to Paris, but those flavours remain. 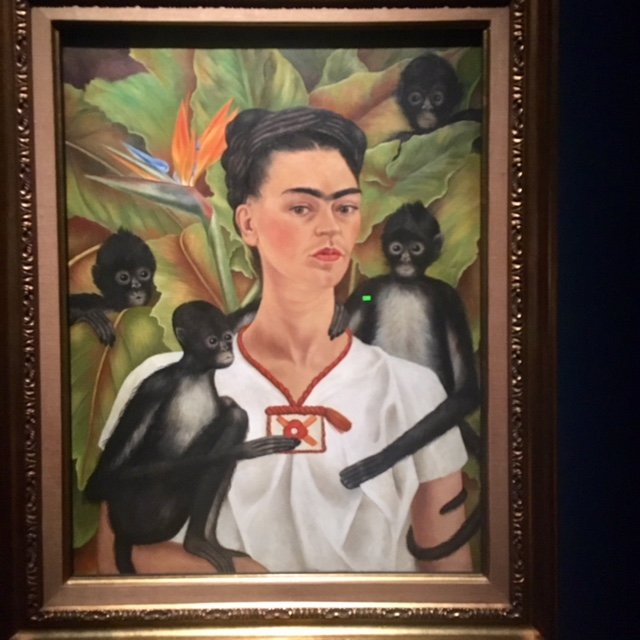