August is often a cultural wipe-out for anyone chained to British shores. This year though, it’s been the weather that has been the wipe-out. Otherwise things are pretty lively thanks to media obsessions, whether it’s the (at last named) UK recession, American electoral shenanigans (currently immobilised on Palin’s strident note of “hockey-mom”, whatever that is), the Russian foray into Georgia, or endless English bravura with regard to that rain. Yes it’s bucketed down almost non-stop since my last post three weeks ago. Luckily, there’s loads on the arts agenda to compensate.

Two fantastic proms for a start. The first was the extraordinary West-Eastern Diwan orchestra conducted by Daniel Barenboim, a truly formidable man. He set up this musical bridge, together with the late Edward Said, between Israeli and Palestinian performers in the late 1990s, and since then it’s gone from strength to strength. Now the performers come from all over the Middle East and, somehow, produce unheard of harmony. Apparently the only drawback is arranging everyone’s visas on time.

Earlier this year I saw Barenboim play a remarkable solo concert of Beethoven’s piano concertos at the Festival Hall – utter brillance at the same time as immense humility. This time he was conducting at the Albert Hall, that massive Victorian extravaganza with domed ceiling, dreary paintwork, tricky acoustics and a ground floor filled with massed aficionados who stand for the entire duration. The concert was extraordinarily moving, from Haydn to Schoenberg to a wonderful Brahms symphony no. 4. Then came the masterstroke – following thundering applause – an encore of Wagner, a composer who is still banned in israel. It brought the house down. I wondered what the young musicians talked about afterwards as they packed up their instruments and in preparation for the next concert of the summer tour. Politics? girlfriends? falafel?

Last week’s concert was the Berlin Philarmonic conducted by Simon Rattle who I’ve never managed to see before. You really can’t miss him on the podium thanks to his curly white mop of hair, and he’s not one to be discreet. Rattle dances, punching the music and conjuring the musicans, pulling them forward while they, arguably the world’s top orchestra, play absolutely impeccably – and beautifully. If the man in the next-door box had not been so greedily chomping a plate of crisps, I would have floated into another world. Yet again it was Brahms, this time his 3rd, then Shostakovich’s !0th, a more raw and moody piece. All fine stuff.

In between those classical highlights I had the unfortunate experience of a Van Morrison concert in the grounds of Kenwood, which adjoins Hampstead Heath in north London. Oh woe, oh misery. I knew it, but as my partner had free tickets & we hadn’t anything else on, we trekked up there, all the time keeping an eye on the threatening skies. So why is Van Morrison still playing? I never liked him particularly and he certainly hasn’t improved. Word was out that tickets were gold dust. Rubbish. There were dozens of empty seats and the craftiest people had set up picnics & mini-cocktail parties OUTSIDE the ropes. That’s one thing about Britain – people really know how to party whatever the weather or venue. But even then, why bother? Dreary, soulless, repetitive music, despite backing from some talented musicians. Droan on Van Morrison, but I won’t be there. Far better was our long walk back to the car through a spookily dark Hampstead Heath, along shady tree-lined paths with just a few drops falling and an opaque moon flitting between the clouds.

I can’t miss mentioning the launch of a friend’s captivating book, An Indian Odyssey. Based on the Indian epic, the Ramayana, it is a new rendering-cum-travelogue, seen through the quirky and perceptive eyes of Martin Buckley. A must for any Indianophile, as it leads you not only into the spiritual world of this great classic but also harks back to the 1980s, when Martin worked in Mumbai. My best memory of the ‘making of the book’ was meeting up with Martin in Delhi a few years ago, and being taken for a spin on his antiquated Enfield motorbike. Roaring through central Delhi’s avenues late at night was a treat, one up on auto-rickshaws any day. And when the doorman at my rather chic hotel tried to stop us tearing up the driveway (“Two-wheelers not allowed Sir”), we merely braked and removed our crash-helmets – and all was sweetness and light. That’s bourgeois India still, a dual system, one for white tourists the other for dark Indians.

Then there’s a brilliant Turkish film, just out to deservedly rapturous reviews: Times and Winds, by Reha Erdem. A wonderfully realist, at times funny and touching tale of three young boys dealing with the trials and tribulations of adolescence and difficult families. Their remote rural villlage is somewhere in Eastern Turkey, but we never know where (much to my travel-writer’s frustration). A recurring image is a pencil-thin minaret, high above the little village, with a watery expanse in the background and a changing twilight sky. Quite magical.

More great cinema with Man on Wire – a gripping documentary about the eccentric but completely focussed Frenchman, Philippe Petit, and his heart-stopping highwire walk between the Twin Towers back in 1974, which was totally illegal. Fantastic work by a British director, James Marsh, a mix of interviews with the protagonists or ‘team’, footage and photos from the time and dramatic re-enactments. All enthralling and incredibly poetic. It also shows the creative, anarchistic spirit that came straight out of the 1968 movement in France. Petit, a magician, says “I have no limits” – you can see an interview here but it’s nthing like the film itself – http://www.youtube.com/watch?v=9vztE8eeYFE

Another outstanding Man, but this time it’s ex US President Jimmy Carter, in Man from Plain. Extraordinary that a film about a book-tour can make such compelling cinema. It’s basically showing what this highly moral (and very Christian) man is trying to point out re Palestine and the Middle East. His pro-Palestinian thesis has of course got certain American lobbies hopping, particularly as Carter uses the word ‘apartheid’ re the Israeli occupation of the West Bank. Followed from TV studio to car to swimming pool to bookstore, he is impressive – an intelligent, open-minded and analytical man. Well into his 80s, he is indefatigably touring the US to spell out a reality which is so rarely heard. If only America’s next president could come anywhere near that….For the moment, it’s Barenboim and Carter doing their utmost against tough odds. 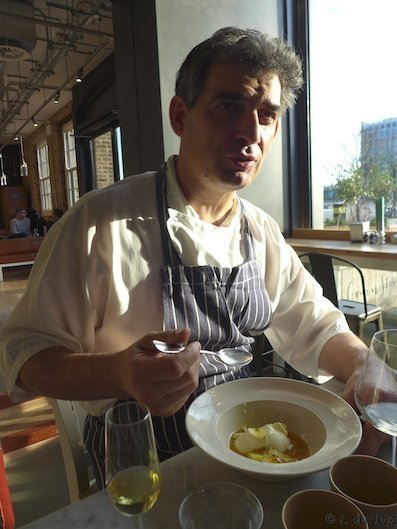