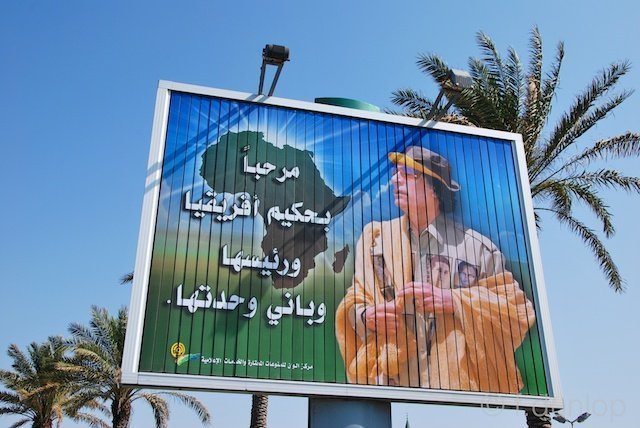 I love Libya – despite the ticking-off I got before I left from Georges, an ethically-minded Swiss friend. And Hisham Matar, author of the compelling In the country of men, would agree with him. Yes, it’s a dodgy, highly repressive regime, but then so are many (look at the current ‘scene’ going on in UK politics for example – all is relative) and perhaps Qaddafi has changed over the years? Now approaching the 40th anniversary of his dictatorship after toppling the short-lived Libyan monarchy and installing his dubious form of Islamic Socialism, is the country at last finding its direction? 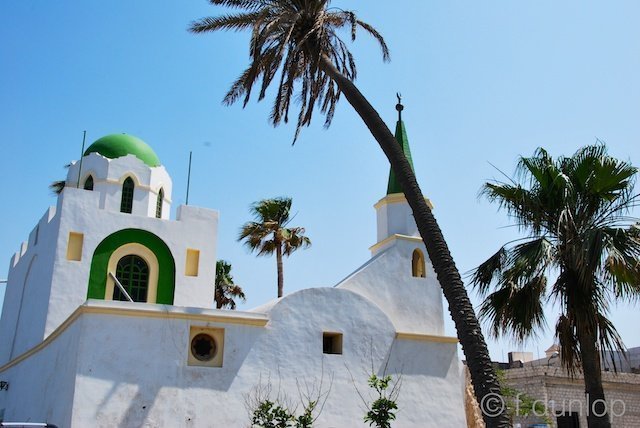 This is now my third trip to the Libyan capital since 2006, so it’s becoming clearer to read. What has definitely changed, apart from the ‘look’ he likes to project to his citizens, is Qaddafi’s attitude to the world at large. Only a decade ago Libya was a pariah state on a par with Iran, North Korea et al. Today, after endless overtures (including Tony Blair’s infamous handshake in ‘that’ tent) there appears to have been a complete volte face. Tripoli now sees the stars and stripes flying over the newly opened American embassy, a momentous event which took place on May 13 – and a first after 30 years. The new US ambassador even drew comparisons with Neil Armstrong landing on the moon, so that’s saying something. A touch exaggerated maybe?

Meanwhile, Qaddafi continues his open-doors policy to Africa, cunningly turning his back on the vagaries of the Arab states of the Middle East. Tripoli sometimes feels like a crossroads of the entire continent, with a host of immigrants from sub-Saharan Africa as well as North African neighbours from Tunisia and Morocco. Handicrafts are very much the domain of Tunisians, while Moroccans monopolise the restaurant scene. 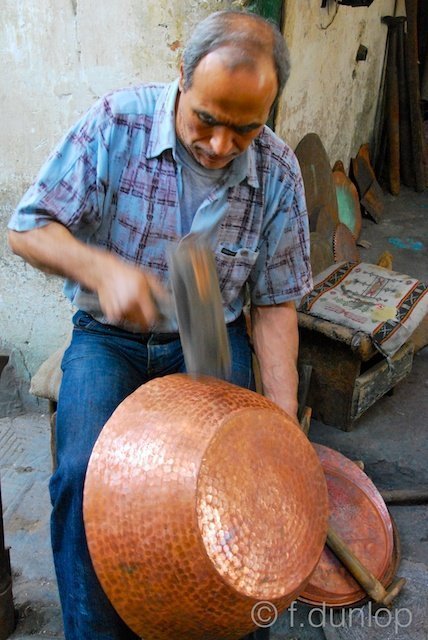 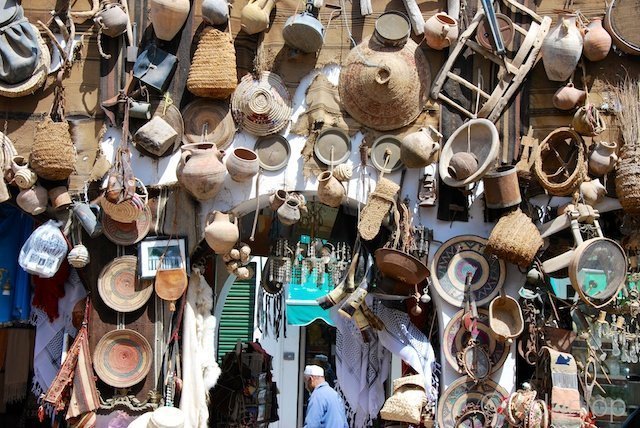 And tucked away in the backstreets of the medina countless tailors stitching up lengths of brilliant wax-printed cotton turn out to come from Benin. And, everywhere, there is an anarchic spirit that I find beguiling – as here, where a young boy canters through the souk. 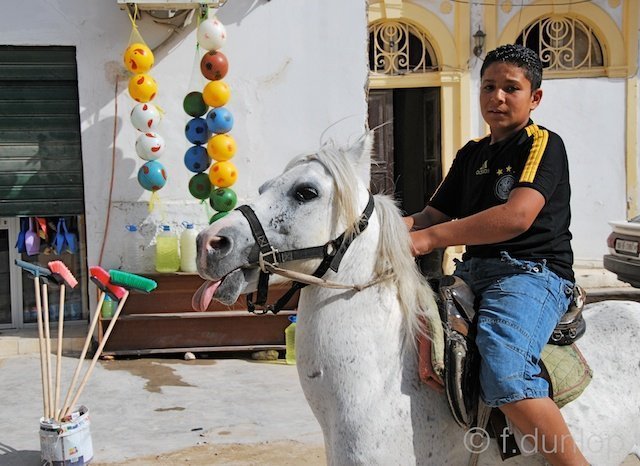 Many goods are imported, from python skins to leather babouches, making Tripoli a fantastic entrepot of the African continent (though it’s the gold souk that seems to be thriving – particularly with the new breed of tourists from Poland). With only 6 million people, a country roughly the size of France, Germany and Switzerland combined and blessed with fantastic natural resources, there’s obviously plenty of room. Down in the Sahara I even came across a bunch of Vietnamese road-builders, contracted by a Tunisian company. 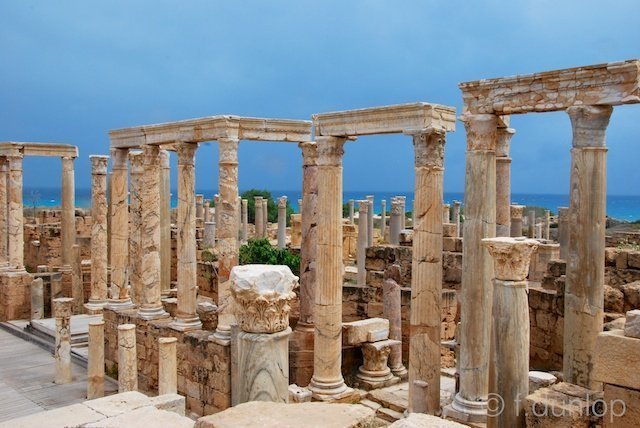 The Italians of course left a huge legacy, from the Roman days of Leptis Magna to the soaring colonnades of central Tripoli  that came with a short-lived colonial rule of the 1920-30s – – you could almost be in Rome. Britain was there too briefly,, from 1943 to 1951. This I was reminded of while revisiting Tripoli’s most over-the-top mosque, the Gurgi mosque, to gape at its interior of dazzling Ottoman-era tiles, glittering chandeliers, marble, strip-lights and wall to wall rugs. 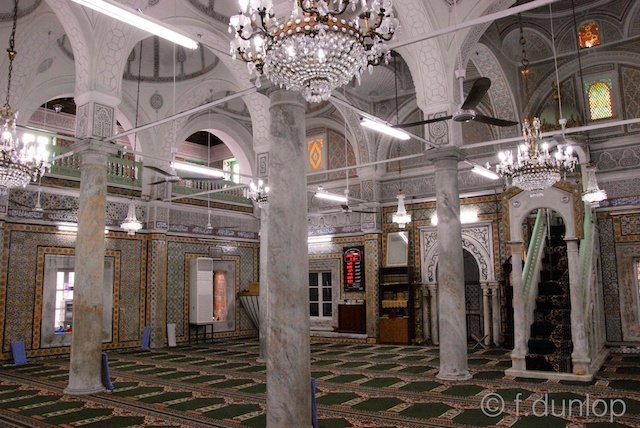 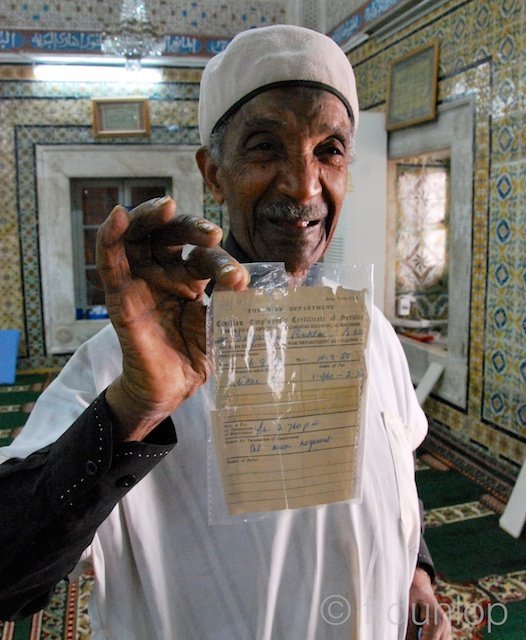 I had visited the mosque three years ago, but this time I was lucky enough to have a guide-cum-translator, Jamal. So it was that chatting to the genial caretaker, a delightful little man of 83 years old, I learned that he had worked for the Brits, met Churchill and seen General Montgomery as well as Mussolini. What a privilege to meet such living history. Then off he shuffled to dig out his old identity card from the British War Department, as well as an illustrated history book of that period. Bizarrely he mentioned how much he enjoyed being with the New Zealand corps, prompting me to wonder if he ever met my (late) father who had been a Kiwi pilot stationed in Libya at that time. Here is Bilghassam Buklal himself, proudly showing off his British identity card. 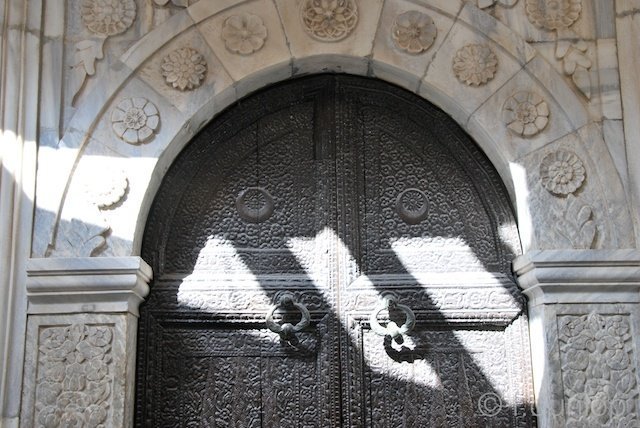 Such is history, it goes in circles, and that’s one of the many reasons why I love travelling. Serendipitous moments such as that turn a mere ‘visit’ into something much deeper.

An interesting addendum:  Read more about Tripoli in my article for How to Spend It, the glitzy magazine of the Financial Times, published in October 2010. When rebel forces and journalists stormed Qaddafi’s palace the following year, in amongst the dictator’s belongins was a copy of the magazine – I never managed to find out if it was the issue with my article in it. I bet it was.