A week ago it was bucketing down in ‘sunny’ Andalucia. But of course it was Semana Santa, when God does have a habit of turning on the celestial taps. So our experiences of Easter processions were decidedly limited, a pity, as I’ve never seen them in the Subbetica towns near my house, Priego de Cordoba and Iznajar. There was still high drama though, just minutes after this picture was taken (click on title to read on)

It was nine o’clock on Good Friday in Priego, and hundreds of expectant people milled round the church of San Pedro. Penitents in black hoods hung out smoking with members of the brass band, while babies in prams, smart young couples and wizened old ladies (all wrapped up against the unseasonal cold) waited in Hitchcockian suspense, chatting, elbowing each other and snapping pics with smart-phones. But as the light faded, the clouds thickened and darkened on the horizon. Will it – won’t it rain?

(here’s a pic of a swift drumming procession earlier that day). The problem with places like Priego with its fabulous line-up of baroque churches, is that the superb 17th century statues of Virgins and Christs which head the processions are highly valuable – so wet is not good. The boss of this particular church was obviously on a direct line to God checking the weather forecast as the tension mounted. Finally, with the sky looking more promising, the main doors of the church were flung open and 30 or so torch-carrying, be-robed girls filed out, closely followed by a hallowed statue on the shoulders of staggering penitents. BUT, as it slowly nosed out of the church there came a sudden change of heart. An invisible signal was made, the statue reversed back inside – and that was it! The whole show was over and dozens of costumed participants had to crowd back into San Pedro as the raindrops fell. This proved an even more emotional experience than if the procession had gone ahead, leaving some ladies in tears.

There was recompense for us heathens however, initially in the form of an excellent dinner at La Noria, one of Priego’s top restaurants. Later came more pleasure as, heading back to the car, we found ourselves in front of a fantastically ornate little church, its doors wide open to reveal a beautifully lit interior (see pic above). I’ve probably passed it twenty times before, but it’s never been open, so this was a treat. The Virgin looked suitably desolate as she held Christ’s prostrate body, a true reflection of the general Priego mood that night.

Two nights earlier we did manage to watch a procession, this time in creative Iznajar. Now this little lakeside town (with a name clearly derived from the Arabic, mirroring its stunning hilltop castle of 8th century Moorish origin) is the opposite of the rather upscale Priego, once home to merchants and minor nobles. Iznajar is a farmers’ town and its main church, although impressive in scale, has no valuable statues. So, instead of relying on traditional processions and rituals, Iznajar’s inhabitants have developed their own forms and costumes, including extraordinary be-ribboned ‘Jews’ who accompany Jesus and a parade of masked disciples, including this spooky San Pedro (him again), seen here in a snap by my trusty partner. On other days of Holy Week (by which time we had skived off to enjoy spring in the countryside), they enacted a series of Biblical tableaux including the Last Supper. Next year maybe.

It just goes to show that Andalucia, despite claiming Spain’s highest unemployment and (still) an unexpected amount of illiteracy, manages to forge ahead in quite dynamic ways. 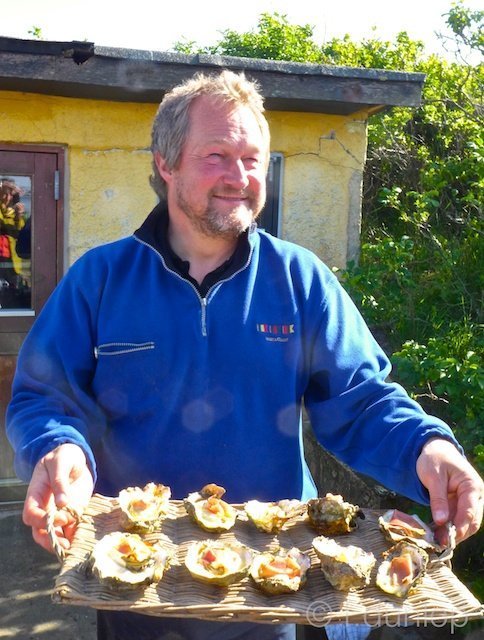 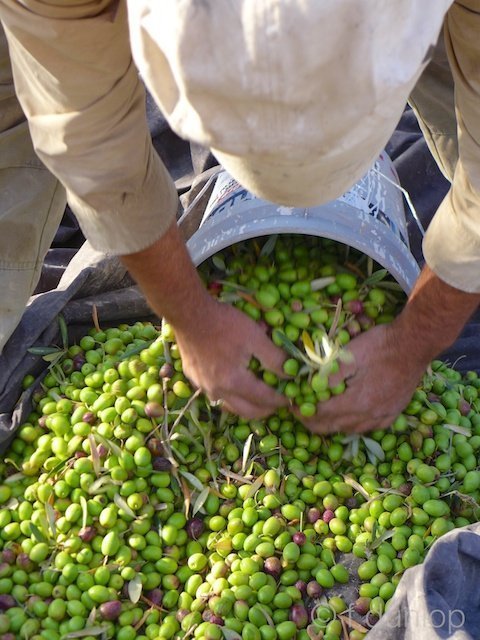 2nd November 2014 The survival of the Palestinian olive Read More