A couple of weeks ago I was back in Malaga, briefly. Just enough to spot how much facelifting it’s undergone recently – surprising, considering the all-consuming recession that has been devouring the soul of Spain. But Malaga has always had it good; Picasso started life here, there’s hedonism in the air, the sun glints off the Med, mountains rise steeply in the background and the pedestrianised old town with its bars and pavement cafés buzzes with locals, tourists and expats. It is, after all, capital of the notorious Costa del Sol.

I’ve been to Malaga on countless occasions – including Easter week to watch soulful though also joyful processions pack the streets all night long, and during the August feria when I rode in a horse-drawn carriage beside Malagueños in dazzling flamenco and equestrian finery. This time however it was a perfectly normal sunny Monday in October.

My first place for a morning stroll was the Alameda where an alley of towering ficus trees led to luxuriant gardens filled with semi-tropical blooms and fountains – as delightful as ever. Then I found myself down at the port looking at a brand new shaded walkway, the Palmeral de las Sorpresas, all shiny white and extending to the slick new cruise terminal. Opened last July, this money-pot is expecting several dozen ships before the year is out. Luxury boutiques line the far end where the liners dock while closer to the town centre it’s all about designer benches, fountains and a restaurant with a view, El Palmera. It was still early and the sun was gentle, so joggers shot past, closely followed by cyclists.

But is this the solution for Spain’s economy? Cruise terminals? It seems Bilbao is gunning for the same (with a budget of 14 million euros), despite being master of the much-aped ‘Guggenheim effect’. These two port cities together are no doubt raising the fear of god in Barcelona, home to Spain’s busiest cruise terminal. But if the Catalans go for bust, oops independence, then it’ll become the only cruise terminal of the new nation, Catalunya. Now I’ve seen cities ruined by this facility which creates a get-rich-quick mentality among local shopkeepers coping with hordes of passengers who hardly know which country they’re in, let alone what currency to pay in or what language to speak. It means in for a few hours, flooding local shops, then out again and off to the next port of call. For me this represents the sad bottom end of in-depth travel, although I know some cruises do have strong educational elements, so they’re vaguely excused.

Back in the centre I made my customary pilgrimage to the local food market, the Atarazanas, showing off another Malaga facelift. I love the old Moorish keyhole archway that leads inside this shady hall of cornucopia beneath its stunning 1880s iron and glass ceiling. Glossy produce was abundant including fat glistening olives and sweet little dried figs, though punters seemed thin on the ground compared with wealthy San Sebastian in the north (see previous post).

A surprising discovery was how kumatos are making inroads here, and in fact l later saw them at a Spanish supermarket, Mercadona. Kumato is the brand name of a hybrid tomato cultivated in Andalucia now fast gaining popularity – if only for its weird dark brown colour. It started life in the 1970s with a farmer who discovered that tomatoes growing at the end of each row received less water, causing them to develop a sweeter more intense flavour and much darker colour. From there it was a mere hop to the word kumato. Don’t ask me why. They say the fructose content is higher, but I must say I’m not a fan – the skin is tough and they seem less juicy. But maybe I should try more specimens.

Back on the bar trail outside I was pleased to find an airy new café-bar, La Cueva de 1900 (calle Martinez, 9), in fact part of a small chain across southern Spain. I liked the sharp design, strong coffee, efficiency and above all their suspended hams. The croquetas looked tempting too but it was too early for a tapa. Dream on: next time. 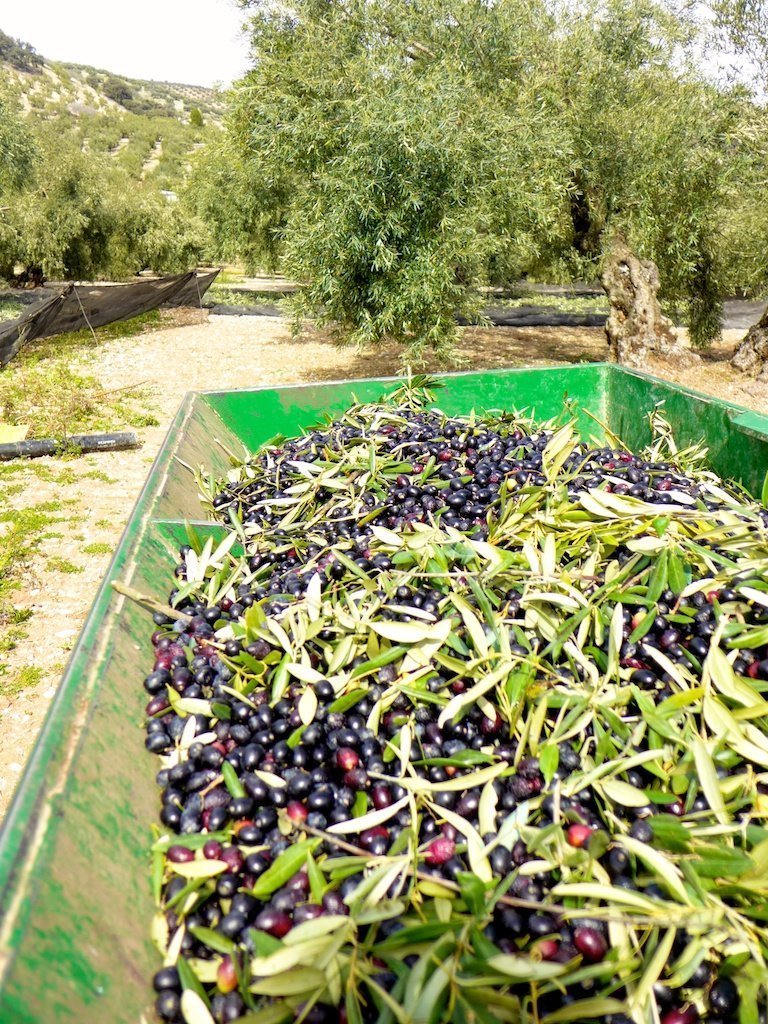