We’re back in the English ‘summer’ season, that celebrated period of meek sunshine, yearnings for abroad (offering less meek sun), strawberries, stiff upper lips (climatically speaking) and, for the better heeled, opera in the countryside. As far as I know, no other country in the world carries off this bucolic habit so eccentrically, creating a quirky mix of culture (opera with top international singers), food, fizz, high society, spectacular rural locations and, in this case, shabby chic allure. 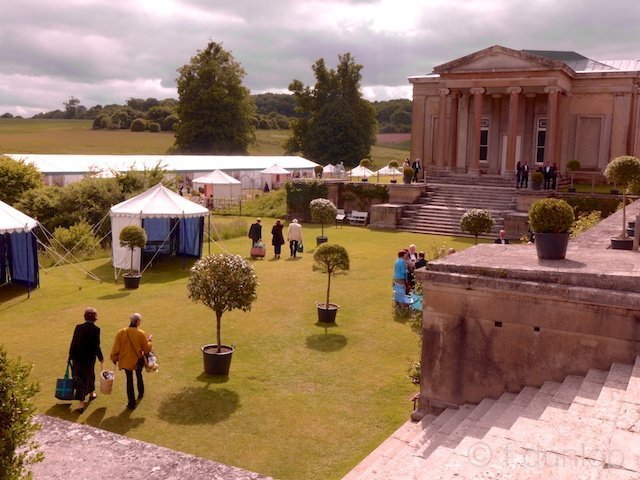 It’s the opposite end of the spectrum to rock ‘n roll, camping and mud in Glastonbury, though a common denominator exists: the great outdoors. Picnic hampers, champagne, black tie for men and evening dress for women (one example cunningly accessorised with yellow wellies) all come together in the heart of the damp countryside, an idea pioneered by world-famous Glyndebourne back in 1934. I wrote about this cultural phenomenon last year after my soggy but exhilarating experience of Garsington Opera, its stunningly designed pop-up opera house, vintage bus-ride to a walled garden and compelling contemporary take on Don Giovanni. 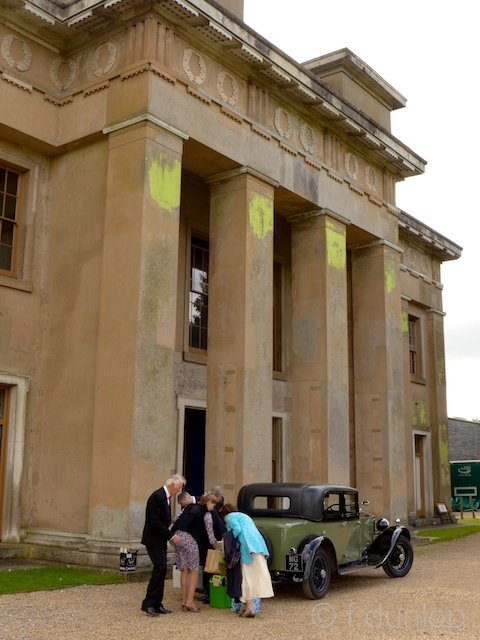 So this year it was time to experience Grange Park Opera, in existence since 1998, hidden down the backroads of Hampshire in a sublime saucer of verdant England. In this case, although tents were dotted around like preliminaries to the Battle of Agincourt, the main action took place inside an 1800s neo-classical mansion belonging to the Baring family (remember Nick Leeson? ouch). Here, a state of the art, 550-seat theatre has been carved out of the old conservatory in high contrast to access corridors which retain an inimitable look of semi-dereliction. 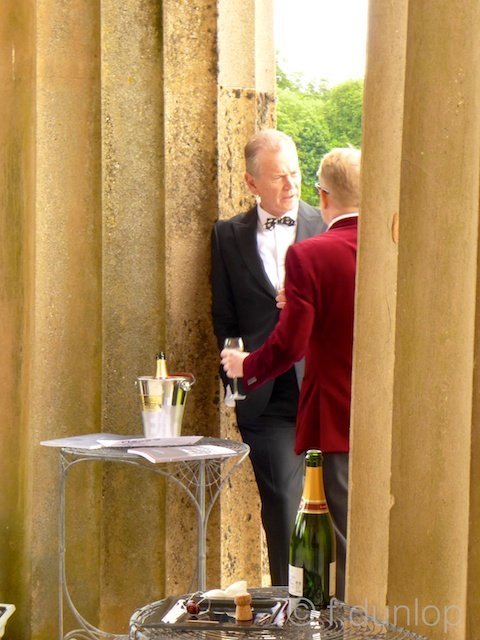 It’s hard to beat arrival at Grange Park, descending from a car-park in a field to a sweeping parterre, manicured lawns, ancient cedar trees, undulating parkland and soaring neo-classical columns – making the ultimate portico with a view. Champagne flowed (Laurent Perrier) as the top drawer gathered for the warm-up and chat, before a hand-rung bell tolled for opera.

Wellies, semi-concealed and in gregarious hues, are of course de rigueur in this country where you never quite know… 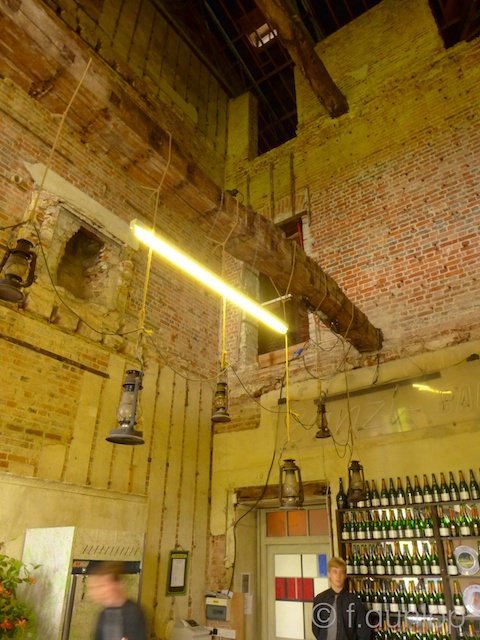 Inside the main building, artistically flaking walls were hung with suspended nets to catch falling debris, in high contrast to the glittering chandeliers, while men in bow-ties strode past as if this were quite normal my boy. The champagne bar was a delight (pic above), with upper floors knocked out to create a soaring, bare brick atrium, echoed in the temporary restaurant next door where contemporary paintings could not quite conceal the state of the walls. Distressed indeed! This was where some of us non-picnickers gathered during the nearly 2-hour interval to eat, drink & be very merry. As at Glyndebourne, the second half saw a crescendo of riotous applause due to intense alcoholic fuelling.

And the opera itself? one of the most incomprehensible I’ve ever seen, Bellini‘s I Puritani, theoretically a love story set against England’s Civil War, but packed with historical anomalies. The design was equally uneven, veering from traditional to cutting edge, so altogether a bit of a mish-mash, though partly compensated for by rich costumes glowing with colour, as were the designer chandeliers (below) which rose to the ceiling in tandem with the curtain. Of the singers, two stood out particularly – Damiano Salerno and Claire Rutter.

On leaving Grange Park, I turned round for a last glimpse of the spotlit mansion and departing crowds. There was something dreamlike about it, a stage-set in itself creating a live performance that could only be in England. 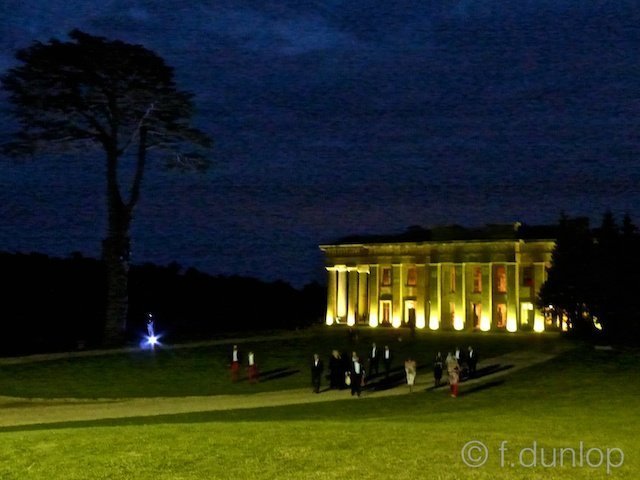 See www.grangeparkopera.co.uk/ – performances continue until mid-July.
Grange Park Opera is organised by the team (headed by the indomitable Wasfi Kani) in charge of Pimlico Prison Opera which, since 1987, has been staging operas inside prisons with inmates performing. Well worth seeking out.