Hispania: tapas in the City

2018 UPDATE: Five years on and this spectacular tapas restaurant goes from strength to strength. In my view it’s one of the top three Spanish restaurants n London, informal yet stylish with impeccable, friendly service. The tapas menu is regularly renewed according to season – though stalwarts remain such as creamy croquetas, jamon iberico, Bluefin tuna tartare, and squid ink rice. Packed with slick city-workers after work, it later mellows and you might even get a free table if you stroll in after 8,30-9 pm.

Good news for all City-slickers, traders between deals, near-bankrupted investment bankers et al, there’s now a slick tapas bar right on your doorstep. Perfect for drowning fiscal sorrows or celebrating the return of the bull market, Hispania has instant chic, from a grand escalier to a lofty atrium, wall-hung antlers, dizzily patterned tile floors and white-jacketed waiters. So I went for a taster.

Hispania’s credentials are promising, with co-founders Javier Fernandez Hidalgo, a whirlwind of energy who founded, then sold, Iberica, in Marylebone, and his business partner, Ignacio Lopez-Alvarez, a more measured foodie from Asturias with a background in finance. Yet although Hispania opened several months ago, the kitchen is still finding its way. It seems the award-winning Asturian chef, Marcos Moran, of Casa Gerardo fame, is making up for lost time, breaking down tapas norms and gradually extending the menu.

Despite its location in venerable Lombard Street within yards of the Bank of England, and a former life as a Lloyds bank with associated proportions and history, Hispania has been clearly stamped with Iberian panache; I learn that it’s a Madrid designer who crafted the distinctive look halfway between a gentlemen’s club and something more funky. A cluster of antlers, though not exactly indigenous, are a fun addition that breaks up the sobriety. 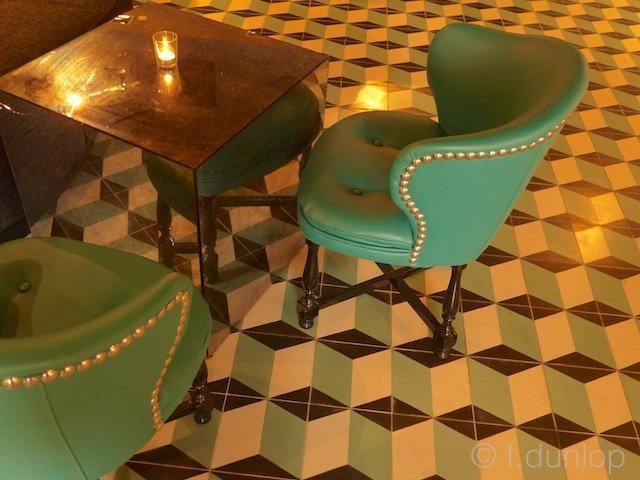 On the tapas front, life is good, although superficially traditional. Infinitesimal tweaks to Spain’s great classics bring, for example, a plate of Cantabrian anchovy fillets kissed by olive juice, anchovy butter and touches of orange zest – aromatic, inspired, and unusually combining north and south Spain in its ingredients. 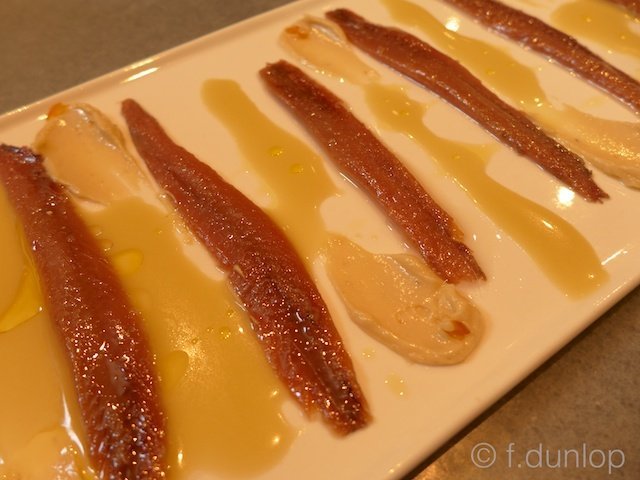 Then we come, yet again (see countless posts passim), to one of my enduring favourites, salmorejo, which, luckily for me, was a special of the day. Having sampled dozens of versions in my time, mainly in the province of Cordoba where this creamy gazpacho was born, I approached with caution. Hispania’s temptingly presented incarnation was more fluid, though classically garnished with Iberian ham and a boiled egg. The garlic component was perhaps over subtle, as was the Pedro Ximénez vinegar bite, but this delicate version slipped down beautifully. 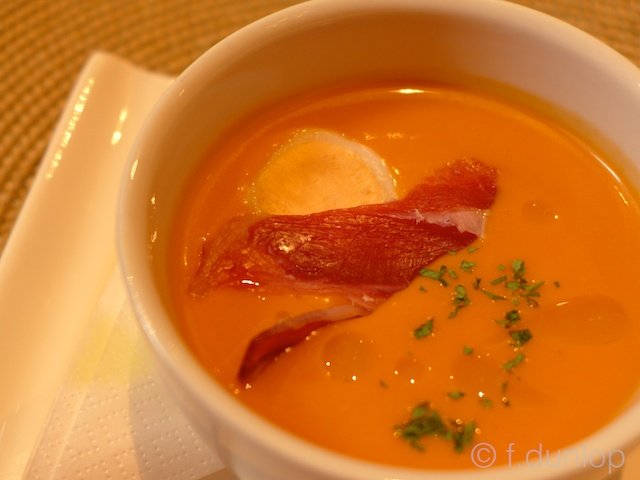 It was rather too early in the evening to embark on anything else, but we managed to sample some crunchy-creamy house croquetas. These were an artful combination of compango, the mixed Asturian charcuterie (salty, smoky, pungent pieces of pork, black pudding and sausage) that goes into its traditional fabada of slow-cooked white beans – NOT to be eaten in the evening as it takes h-o-u-r-s to digest. With a much punchier flavour than ham croquetas, their USP was a luscious smokiness, but I don’t really think the average Brit would notice the finesse or complexity of the filling.

Other tapas on the menu include tuna tartare, pimientos de Padron, gambas al ajillo and albondigas (meatballs), all timeless classics, but what I have my sights on for next visit is the arroz negro (rice cooked in squid ink with cuttlefish and prawns). I so love baring my black teeth. 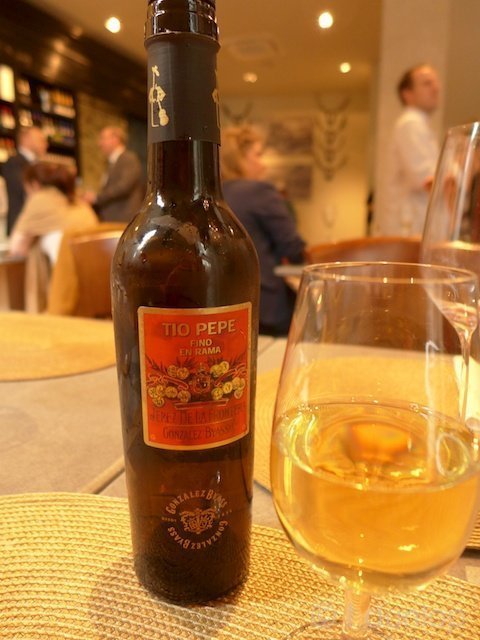 On the wine front Hispania has a tight list of tipples by the bottle or glass, of which I drank the 2007 Marqués de Closa Reserva, a smooth, very fine Rioja. At £6 a glass in the heart of the City, that’s good value. Best of all though was sampling a glass of rare fino en rama which co-owner Ignacio was impatient to share with us. Marketed in a limited edition, fino en rama is unfiltered, unclarified dry sherry, bottled straight from the cask in April/ May. The catch is it’s only drinkable for three months before souring. With more complexity and nuttiness than other finos from Jérez, I enjoyed it, although I won’t enter into any Montilla-Moriles comparisons here. Ignacio, a huge aficionado, swears he’ll order ten times more bottles next year.

Upstairs the open kitchen (above) overlooks more restaurant tables, spectacular original art deco lamps, even more optically challenging floor tiles and a couple of sumptuous private dining rooms. Finally, on my way out, my attention was caught by Hispania’s Spanish food-store temptingly beside the door. For £6.50 I snapped up a bottle of Pago Baldios San Carlos olive oil – one of Extremadura’s, and Spain’s, finest, winner of awards from LA to Milan and even, sign of the times, from Shanghai’s Oil China. I’ve just mopped up a saucerful while writing – divine. Viva Hispania! 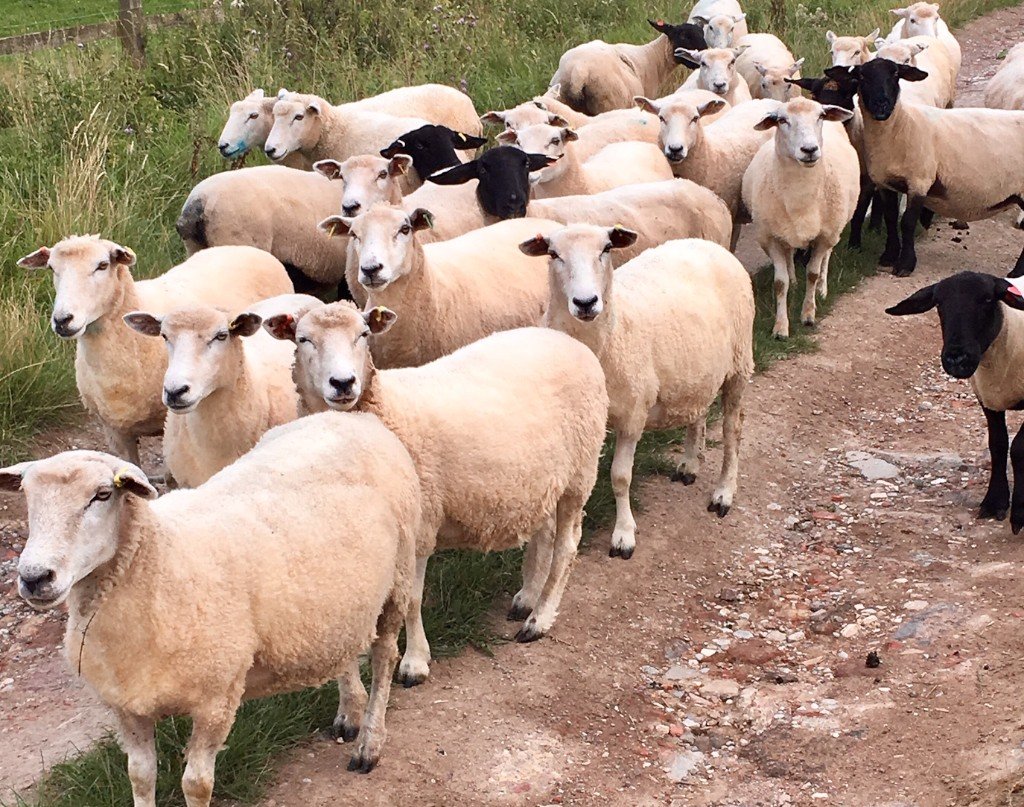