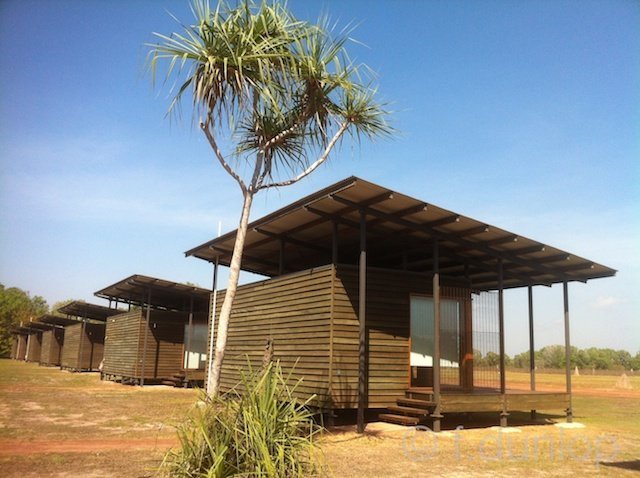 Double-take: the outback lodge that moved

Have you ever slept in the same hotel room in two different places? No, I`m not talking about tedious hotel chains where identical, characterless furnishings crop up continents apart, but about the exact same room. More precisely, a chic cabin in an individually designed `boutique` (not too keen on that word) lodge that somehow shifted a few thousand kilometres. Here`s the baby…

Just a few days ago I slept at Wildman Wilderness Lodge in Australia`s Northern Territory in this so-called habitat that had once stood in a remote cattle station of Queensland. Was I dreaming? No. Several years ago I tested it in its original location at Wrotham Park, 300 kms west of Cairns, where I slept soundly in the slickly designed, raised cabin that looked out over a spectacular gorge. We (a group of journos) spent a few exhilirating days exploring the station on horseback and by 4WD, watching dust-kicking cattle mustering (jackeroos and jilleroos rule out there), having a spin in a choppa over the vast ranch, devouring gourmet food that had somehow survived the long long access route, and gathering at night beneath the star-studded sky around a huge fire-pit on the main lodge deck.

In the end, even the pool had to go after Wrotham Park shut down in 2009. This was mainly due to its utter remoteness which meant access was exorbitant, only by chartered plane. Even food had to be flown or trucked in hundreds of miles. Also it seems the banks of the fabulous gorge were not proving too safe so the cabins were not exactly stable. Just goes to show that sometimes the `remote` USP works negatively.

Someone then had the bright idea to recycle the 10 state of the art cabins, the central lodge, pool and fire-pit deck, all of which had been intelligently designed to `tread lightly` on this magnificent land. The result was one of the greatest road train moves in Aussie history: 18 triple road trains (that`s articulated lorries in Brit-speak) laden with the entire lodge trundled 2,800 km across the northern outback to finally arrive at Mary River. In 2011, the habitats re-opened their decks and fly-screens to a new clientele in this more accessible wilderness location (Darwin is only two hours away by car) where technicolour sunsets, termite mounds and endless space are part of the updated package.

As I floated in the pool, I watched a wallaby hop past – now that’s pretty cool. And I slept deeply – again – as somehow that bed felt strangely familiar. 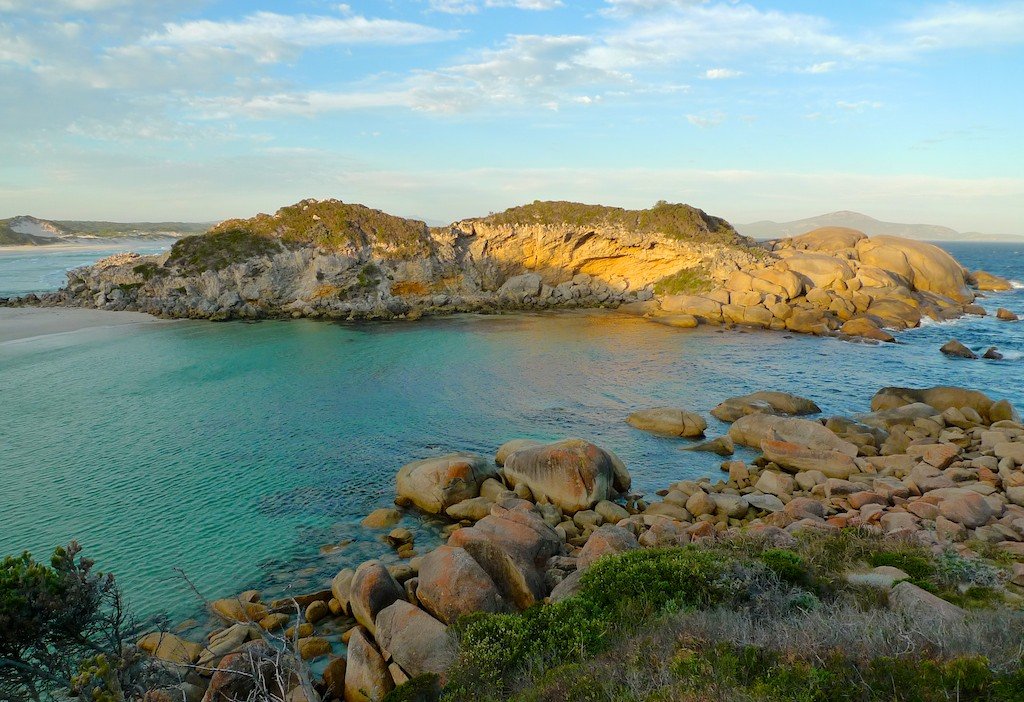