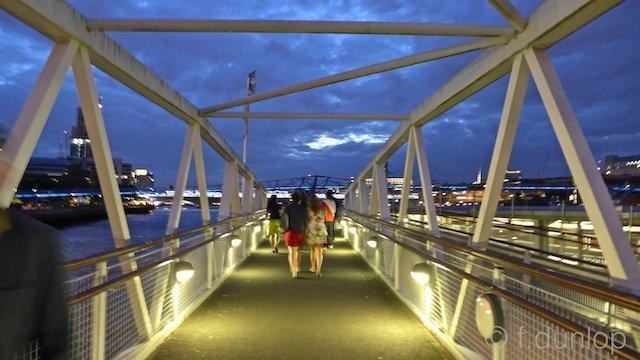 Last night’s commemoration of the outbreak of World War I exactly 100 years ago was followed in depth by UK media, as well as in formal ceremonies in Belgium, site of the battle-fields. It was moving, although bitterly ironic to glimpse news about the Gaza massacre at the same time. How times don’t change. But recompense came with LIGHTS OUT*, a nationwide remembrance of the outbreak of war – with London’s public buildings leading the way.

The most original take on it was organised by Artangel, a pioneering art events company that I remember from its founding in the late 1980s (ugh, long time ago). This time a lucky group of us was invited on a a magical mystery boat-trip, starting at the Globe Theatre by Southwark Bridge (above) and cruising along the Thames past iconic sights like the Tate Modern, Millennium Bridge, Blackfriars Bridge, the Shard, St Paul’s, National Theatre, Festival Hall (projecting a beam of light into the darkness), London Eye and, finally, to Westminster.

Initially it was a visual feast of riverside illuminations – so rare to see them from the river itself, and in motion. Then, by the time we reached the Houses of Parliament, 10 o’clock had struck and all public buildings extinguished their lights – plunging huge sections of riverside buildings into darkness. Unfortunately lights stayed on in various apartment blocks (no civic respect!), at the Savoy Hotel and of course in the double-decker buses that continued to rattle over the bridges regardless – an apt metaphor for how life goes on, even amidst surrounding carnage.

Out of the black night, the ghostly face of Big Ben shone out loud and clear beside a sombre outline of parliament, and then spectra, the dazzling tower of light, came into view. This, we discovered, was our destination, an artwork by Japanese artist, Ryoji Ikeda. Composed of 49 massive searchlights grouped in Victoria Gardens, right in the heart of Westminster, it projected a seemingly infinite tower of light (in reality 15 km high) into the scudding clouds of the night sky. Shapes danced through the beams – presumably birds – as well as tiny flickers of light. Dust?

Once disembarked, feeling slightly underwhelmed by what appeared to be a searchlight like others we’d passed en route, we crossed Lambeth Bridge for a close-up. That’s when the whole spectra project turned into magic – and art. Because it was not just columns of parallel light shooting into the heavens, but also a sound work triggered by activity around the base. And then tiny flickers of light also took shape – moths! Thousands of them danced in the beams of light like fireflies, higher and higher, entranced, before plummeting to their end in Icarus style. Again, what a metaphor.

Standing beneath the beams was extraordinary, looking at a star of light far above and surrounded by the electronic soundscape: compulsive, eery and hypnotic. We were enveloped in something otherworldly, but also symbolic. I quote one of the organisers, Jenny Waldman “This beautiful artwork is a symbol of hope… a testament to the endurance of the human spirit in adversity.” Tell that to the Gazans?

As we finally dragged ourselves away, Big Ben was chiming eleven. Lights came on again, and normality resumed. Except that several miles away at our home in north London, that tower of luminous hope was still visible.

* a reference to a remark made by British statesman Viscount Grey, who on that day said “the lamps are going out all over Europe, we shall not see them lit again in our lifetime.” 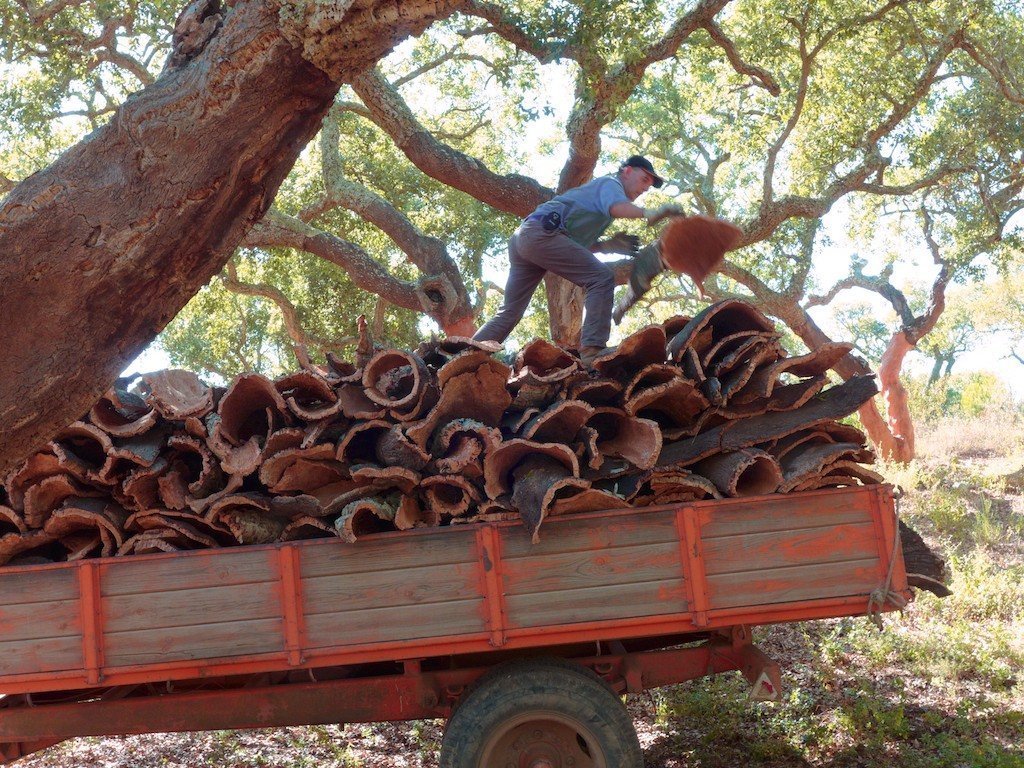 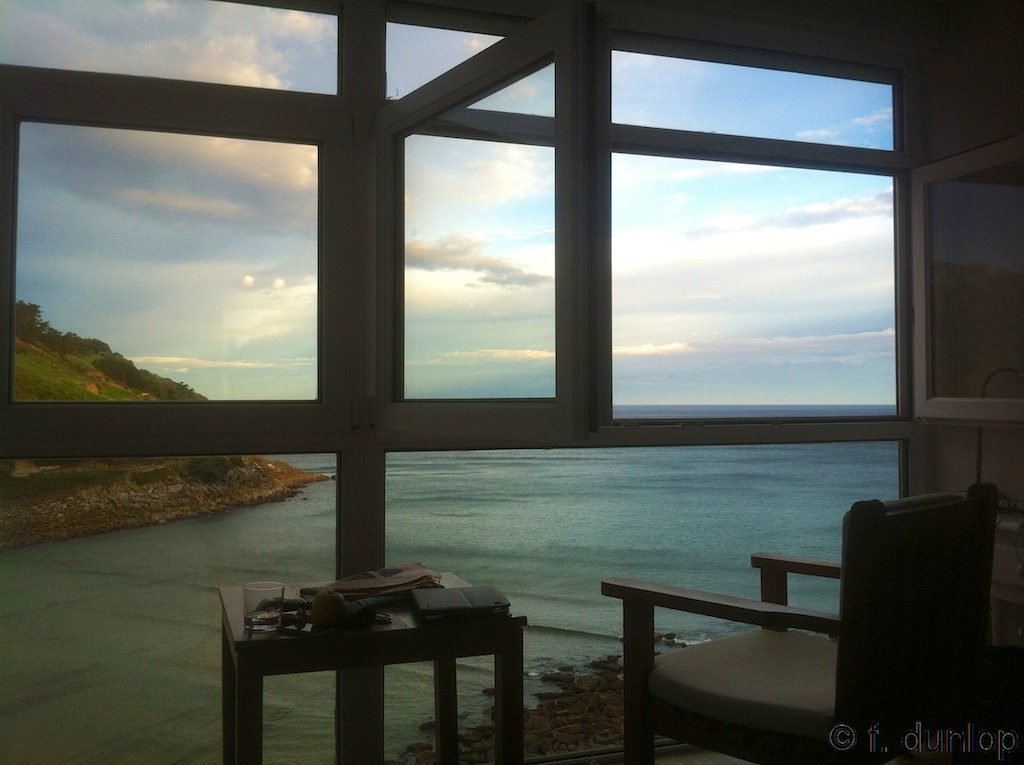 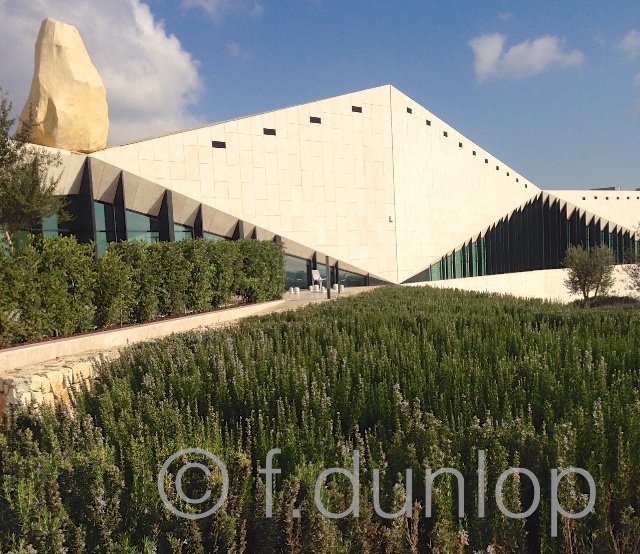