Despite being flung out in the plains of Extremadura in far western Spain, Caceres is clearly on the up, boosted this year by its status as Spain’s gastronomic capital. On various stays over the last 15 years I always found the old quarter a bit of a museum, completely dead at night and packed with domestic tourists by day. Yet times have changed and this time, holed up in a palatial hotel on the lovely Plaza San Juan, I was sucked into a buzzing nightlife – spearheaded by the city’s burgeoning taperias (the local word for tapas bars).

OK, early mornings were sleepy, but exploring beyond the vast, arcaded Plaza Mayor (above) unlocked a few secrets too. The old quarter is spectacular, bristling with stone towers and encircled by red granite walls inherited from the Muslims. This time-capsule was rewarded by UNESCO with World Heritage status back in 1986. Art and antiques are thrown in, inside a string of austere Renaissance mansions and churches.

Returning to the Museo de Caceres in the Palacio de las Veletas, I was impressed by their Bronze Age stelae, even more by renewed acquaintance with the beautiful aljibe (water cistern), a Moorish relic where five naves of horseshoe arches create a dramatic underground spectacle.

The city has also done a great job with its illuminations, making a midnight wander a magical experience, whether sneaking along the walls, strolling through cobbled plazas flanked by emblazoned mansions or nosing out an obscure taperia address.

Extremeño tapas
Which brings me to the essence: the wealth of excellent tapas bars that make full use of Extremadura’s varied produce. This ranges from delectable jamon Ibérico from the Sierra de Montanchez and countless other cured pork products to extra virgin olive oil, respectable wines (including Via de la Plata cava), craft beers, jams, holm oak honey, dried mushrooms, chocolate-coated figs, fruit vinegars and of course paprika, or pimenton de la Vera. Few (none?) Spanish chefs cook without it.

Then comes cheese, and the pungent, unctuous Torta de Casar which you can only eat (with a spoon) on the spot. So, no excuse.

One of the latest hip destinations in the old quarter is La Cacharreria, (below), hidden in the backstreets (calle Orellana 1) behind the Torre de los Sande. Pure camp baroque, it’s decor mixes Virgin Mary statues with chandeliers, framed butterflies and sharp modern furniture; every object and picture is for sale. And the food? Somewhat pretentious, even, from a pared-down London perspective, over fussy, but the bar-restaurant-lounge is striking enough to justify the detour.

In complete contrast, if you want a relaxed glass of wine with more straightforward tapas or raciones (from acorn-fed jamon to red tuna carpaccio), in a delightful little corner rich in history, then go to the Taberna Puerta de Mérida (below) right next to the arch of the same name.

Down on palm-studded Plaza de San Juan, there is no shortage. The classic Meson San Juan remains popular, but their tapas seem tired, so instead try the friendly Taperia Ibérico (Plaza San Juan 12), where outside tables offer a great spot to indulge in that escapist Torta before it runs off the plate, suckling pig, little tostas or croquetas, all using local produce.

Nobody can miss out on a tapa on the iconic Plaza Mayor, if only for the view of the old walls and towers that loom theatrically opposite. Bars are plentiful here too, although many are touristy and not too concerned by quality. So head for Bar La Minerva at no. 26 for some really innovative morsels. Here’s a plate of local beef (retinto) carpaccio studded with foie gras, pistachios and blackberries and licked with olive oil. Delectable, and only 7€! Others? a raspberry gazpacho with garlic, migas and basil , a red tune tartare and even good old patatas bravas. Hard to beat.

Gourmet shops
Finally – takeaways, or rather take-homes. Dozens of little corner shops sell very similar products, but I found three particularly good ones:-
– Degusta San Juan, on the corner of the plaza and the shopping street of calle Pintores: great range of produce, much is organic, and you can have a craft beer & some ham or cheese at the little bar at the back
– Charcuteria Mostazos, calle San Anton 6 – a salivating choice of cured and fresh pork products, plus quality Extremeño groceries
– La Despensa Cacereña, calle Roso de Luna 3 (behind the church of San Juan). The owner doubles up as a flamenco singer so you may get a song as he tenders slivers of his homemade sheep’s cheese and very tasty chorizo. Good value.

That’s it – buen provecho folks – until you find out about Atrio, the two Michelin star restaurant in the hotel of that same – an absolute jewel, pure indulgence, not to be missed. 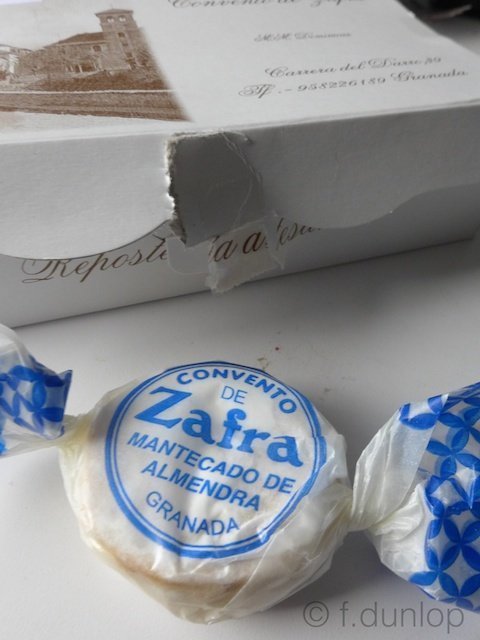 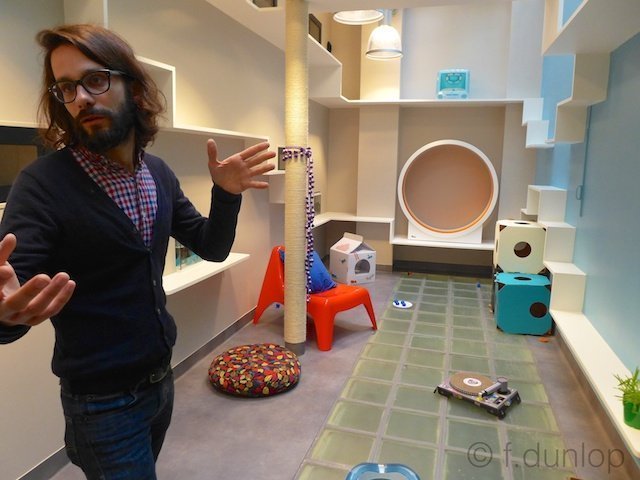