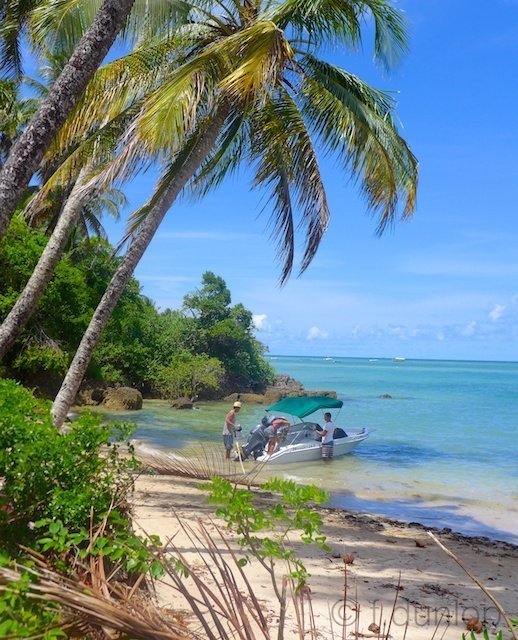 As usual the new year has brought a slew of opinions across the travel press about where to head in 2016. In extreme-remote terms the Financial Times suggests Greenland and Kyrgyzstan (implying that its supremely well-heeled readers are hell bent on wilderness and cool temps) here while the New York Times seems only just to have discovered Morocco’s Atlantic Coast, albeit NOT Agadir.

Ahem, a confession – I first explored this coast soon after Jimi Hendrix’ sojourn in Essaouira (above) back in the 1970s— but I’ll give the feature its due, it does cover lesser known seaside towns like El Jadida and Oualidia (surfing and oysters) – both up and coming.

So here’s my short-list, starting with a couple of places that will be relatively easy on your pocket, even if sounding glam and far-flung.

1. BRAZIL – yes! it’s been on the radar before, notably for the 2014 World Cup, and this year Rio is aiming for the Olympics bonanza. That means rising costs – BUT, and this is the good news, the currency (the Brazilian real) has plummeted over the last year, losing over 40% against the pound  and the euro, even more against the dollar. So it’s bargain time out there folks in a country as laid back as they come, with arguably some of the best beaches in the world and plenty of space. To cap it all there’s now a left-leaning president, so it’s politically correct too.

Read my blog on the ultimate lotus-eating island, Boipeba (above) here and on the intensely vibrant Salvador here. If you feel like a more upmarket beach resort, then head for Trancoso (pricier, celeb-spotting but still with a cool vibe). For eco-adventure, fly to Manaus and take a boat-trip up the Amazon through a wonderland of tropical jungle, birds, snakes, alligators and sloths (and mosquitoes zzzz).

2. SOUTH AFRICA – Here I am tipping a country that I hardly know, having only had a few nights stopover in Johannesburg years ago (en route to Mozambique and Madagascar – but that’s another story, another year). Like Brazil, its currency (the rand) has slumped, making holiday costs there about 25% cheaper than a year ago. And it’s renowned for spectacular national parks, game reserves, wildlife and fabulously designed lodges – all now much more affordable. On top of that the Cape Town area is known for its excellent wines, cuisine and of course beaches of crashing surf, and an expanding range of accommodation. Design and handicrafts are also having a heyday. Poverty is still rife though, so consider Emzini Tours in Knysna, a project to help neglected children in this Western Cape township.

3. NEW ZEALAND – In a similar vein (i.e. an English-speaking country big on the great outdoors), I’ll push Kiwi-land. This pacifistic, liberal, generous country is slowly coming into its own, shaking off rivalry with neighbouring Oz and successfully shaping its own identity. It’s a place where many white Kiwis actually know the Maori language – as in Meri Kirihimete (Merry Christmas!) – where green policies have been adopted for decades, and where Pacific islander migrants are made welcome.

Kick off in Auckland, a lively, easily navigated city full of good restaurants on a big harbour studded with yachts, then explore the beautiful northern coastline and hinterland before heading to the cooler South Island (above) – don’t miss Milford Sound, about as close to the Antarctic as you can get. Hire a camper to really savour the crystalline air and unspoilt landscapes, and to share breakfast with thousands of sheep. You’ll enjoy the kiwis too – unassuming, smart and fun.

4. LISBON – Back in Europe, I’m again gunning for my favourite city, straddling the Tajo estuary and whipped by Atlantic breezes. It seems to get better on every visit, blessed with a long history, strong culture, fast improving restaurants, bars and cafés and an innate sense of design which I’ve written about before. All this despite a horrendous recession – ongoing.

Try and coincide with the summer sardine season, ride a creaking tram through the backstreets, visit a baroque church plastered with stunning tiles, kick back in a café beside the Tajo and flip the plastic on great value leather – from bags to shoes – or cork. Then take a boat across the river & head for the beaches at the southern end of Costa da Caparica. If you live in western Europe, it’d be a crime not to go.

5. ANDALUCIA – my perennial favourite, as it’s full of jewels, both visual and gustatory. This time I’ll push for the SIERRA DE ARACENA – jamon central! This makes an easy add-on to Lisbon, Seville, Jerez, Cadiz and/ or Cordoba, offering a bucolic little pause up in those verdant hills where fat black Iberian pigs love to roam. Anyone who has tasted Spain’s sweet, velvety jamon Iberico de bellota should enjoy a few days here, exploring a beguiling porcine world of woods, the national park of Monfrague and pretty little mountain villages. It’s all low-key and reasonably priced, but you’ll need a car. Read about Aracena itself (above), the hub.

6. BURMA – she made it! Aung San Suu Kyi is now leader of this south-east Asian country that for 70 years has suffered under a brutal military dictatorship. Read about my visit eight years ago here. If you’ve hesitated before, then make sure you go now as, like Cuba, it will undoubtedly change fast. Buddhism rules, so expect to see flocks of saffron-robed monks and novices in hundreds of stunning temples – from the monumental Shwe Da Gong in the capital, Yangon, to Bagan’s magical plain of over 2,000 temples and pagodas. Inle Lake (above) and Mandalay are the other big destinations on the tourist circuit, but with the new regime improving conditions for persecuted ethnic minorities in the north and east, these regions should certainly open up. The coast, meanwhile, is developing fast – as in the blissful 7-km long beach at Ngapali, already a popular resort.

7. CUBA – Obama has sealed the fate of Cuba by at last lifting the embargo, for good and for bad. Cue a stream of hungry investors and sooner still, a stampede of US visitors. Until now it’s been mainly Canadians, closely followed by Brits, who have reveled in this quirky, warm-hearted and exuberant island – a joy to visit. Book now to get into one of Havana‘s beautiful historic hotels then enjoy cool music and rum cocktails before heading out to more far-flung places – east being best as it’s furthest.

It’s worth taking a short flight to Santiago de Cuba, another musical hotspot, which is within easy reach of where Castro & Co hung out in the mountains preparing their coup, of Guantanamo (let’s hope its gates close soon) and of the pretty, cosseting little coastal town of Baracoa (above) in the far northeast.

8. ETHIOPIA – I’m going soon, so expect a blog or two over the next couple of months. Tourism has boomed in the past year (hitting one million visitors) and looks set to continue, despite a worrying famine in the northeast and some political unrest due to government land policies around the capital, Addis Ababa.

The more I read about this country, the more extraordinary it seems, its rich, ancient culture embodied in rock-cut churches, island monasteries and unique ceremonies. I’m already prepping my palate at London’s Ethiopian restaurants, scoffing spongey injera pancake with spicy meat and vegetables. And I can’t wait to see huge troupes of Gelada monkeys (above) up in the Simien mountains – whether I can take being at 3,600m is another matter — to be continued!

That’s it for now; check out last year’s list for overlap and a few other ideas – here.