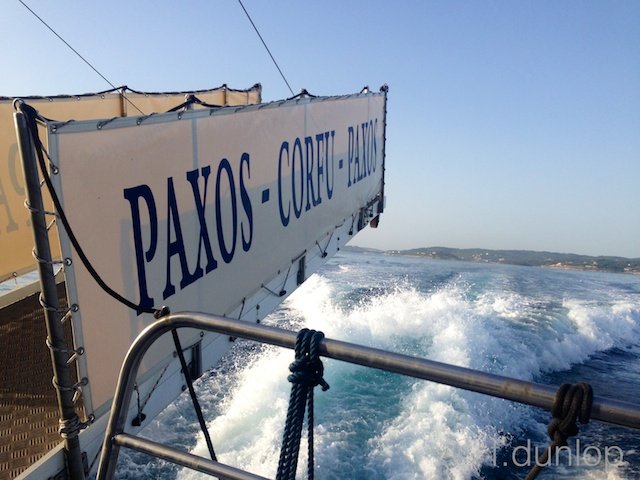 It felt like a blissful interlude of limbo, a week on the island of Paxos that I timed for the final run-up to Britain’s EU referendum. Luckily the clear Ionian waters, welcoming tavernas and a gathering of art-oriented people raised my spirits – until I returned to London and Brexit, but that’s another story.

Tiny Paxos (only 30 square km), an hour or so by fast-boat from Corfu, is eminently European in flavour thanks to a nucleus of well-heeled French, Italian, British and Greeks who wisely choose to spend long lotus-eating summers there. Their villas dot the hilly, thickly wooded interior, where cypress trees spike the blue sky between overgrown olive groves, the limbs of their trees stretching gracefully but not exactly productively. Beneath is a carpet of grass and wildflowers.

White limestone walls snake between the terraces, while each hamlet or farmhouse hosts a small family church (64 in total), some even with Byzantine frescoes. These, I learned, were originally built to avoid paying taxes on olives – plus ca change! The simple structures crowned by bell-towers are mainly 17th – 18th century, though sadly it’s hard to get access to see the beauties inside.

Three towns, Gaios, Loggos and Lakka, stud the rocky coastline, each one a seductive holiday destination with packed marina, tavernas, bars, boutiques and self-catering accommodation between clouds of bougainvillea and pink oleander. Day-trippers to Gaios from neighbouring Corfu just love the charm and intimacy, spilling into the cafés surrounding the pink church of Analipsi on the main square (below).

Between the towns are rolling hills, little coves of pebble beaches and spacious rocky shelves that make perfect sun beds. My regular spot, a 10-minute morning stroll away, looked out at a perfect Chinese watercolour on the horizon: the misty hills of the mainland, with an occasional yacht floating by. Waves lapped below me and as I swam, forests of seaweed waved from the depths. And often, not a soul in sight.

Gaios, where I stayed, is unashamedly touristy thanks to dozens of clothes and souvenir shops, yet laced with typical Greek farniente and kindness. It even has a dusty old museum full of old photos and local ethographic items. One morning, as I sipped a thick Greek coffee, I watched a conversation between a bewildered young German tourist (whose wife and toddler perched on the pavement beside their suitcases) and the helpful café-owner. Bad instructions from the owner of a self-catering apartment had left the hapless tourist with a phone number in Athens which didn’t reply and a vague non-address. Luckily, the café-owner patiently called every taxi-driver he knew until he succeeded in locating it.

At my friend’s rambling house (dating back to his grandparents but sleekly updated since) on the main street, we occasionally feasted on a meal in his patio-garden, where perfumed lemons dropped usefully from the tree, tomatoes ripened in the beds, bougainvillea shrouded a pergola and huge Cretan terracotta pots sprouted lush plants and flowers. It all felt quintessentially Mediterranean, with a rhythm that you didn’t want to break. The cat below (one of several to grace the garden steps) perfectly encapsulates it.

I would nip across the road to a small supermarket for divine Corfu pistachios (my addiction), huge slabs of fresh feta cheese, juicy tomatoes and fat olives, but often our lunches and dinners were out in the inviting tavernas. Ironically for island cuisine, I only ate fish once – a sumptuous plate of perfectly grilled sardines at Arriva taverna in Lakka, the northernmost town, below.

Yet that’s nothing new – Greece has been overfishing for decades and the classic squid that once hung out to dry is no longer there. It was in Lakka too that I spotted a fishing-boat (below) with a couple of fishermen mending nets, and just one other, in Gaios. According to Chris, my host, they make much more money ferrying tourists around.

When I arrived, Chris, a polyglot art historian and owner of Chris Boicos Fine Arts, was setting up an exhibiton of portraits of Paxiots by the talented and perceptive French photographer, Tina Merandon. Posters soon adorned every lamppost of the island, building up to the grand opening at the old schoolhouse in Loggos, a beautiful neo-classical building right on the seafront. All evening a steady stream of locals and expats flowed through the luminous space, chatting, drinking and admiring the portraits as the light faded outside. Finally, only the twinkling lights of a large yacht lit the darkness in front, although the tavernas were in full swing to the side. Then came the nearly-full moon, showering the harbour with glowing dust. Here is the photographer, Tina, and curator-gallerist, Chris.

The best of the foodie bunch in Loggos is Vassilis where, another evening, I tucked into a delicate ceviche followed by wild rabbit with mushrooms, all washed down with Anti-Paxos wine.

Now Anti-Paxos is not a protest party, rather an even tinier island an hour or so away. So one day we rented a typical motor-boat at Gaios harbour for 100€ plus petrol, with easily enough room for six, leading to a great day out. Luckily we were steered by someone (that universal man, Chris) who understood the winds which, that day, blew hard.

Off we headed over choppy seas to explore gaping grottoes and admire extraordinary limestone strata – watched over by squawking cliff top sea-gulls, like sentinels protecting their nests. In between we dived into the transparent turquoise water, swam to sandy beaches beside towering rockfaces and floated lazily on – yet another Med dream. 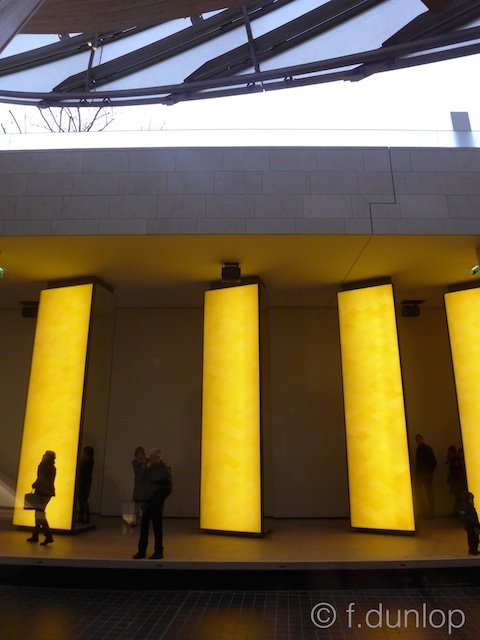