Bethlehem‘s identity was set in stone some 2000 years ago when a certain baby was born in a manger. Since then, the cradle of Christianity has magnetised hordes of pilgrims (about one million yearly) who traipse through the Church of the Nativity (below). Yet in the last couple of years another more unexpected aspect has emerged, namely gourmet food.

A recent surge in enticing restaurants and even hip cocktail bars comes as a big surprise considering Bethlehem lies in the nominally Muslim Occupied Territories of Palestine. And, yes, some Westerners actually think it is in Israel. In fact that hideous separation wall (read my 2008 post about it here) divides the two states, in the process making Bethlehem virtually an island.

Although the rest of the West Bank (other than Ramallah, a hotbed of NGOs) is alcohol-free, Bethlehem’s large Christian population ensures that wine and beer flow freely. One favourite tipple, Cremisan, is actually made at a local monastery.

Another reason for its gastro lead is that there is fertile agricultural land to the south, reflected in incredibly diverse produce at the market. Inevitably though, the onward march and expansion of Israel’s settlements mean that land is shrinking fast – and Christians are leaving in droves.

Many of Bethlehem’s more Westernised restaurants are in the affluent suburbs of Beit Sahour (80% Christian) and Beit Jala, but arguably the best one is hidden away in the old streets leading uphill from Manger Square. When I set out to track it down, I was steered in the right direction by this charming tea and coffee-shop owner on the corner of the alley.

Finally I came to a closed wooden door, typical of the grand courtyard houses of the Arab world which conceal their inner life. Inside I discovered a wonderful Ottoman network of leafy patios, staircases and vaulted limestone rooms. This is where I met Fadi Kattan, an enterprising, highly creative chef from an old and distinguished Bethlehem family. This, his boutique guesthouse, Hosh Al-Syrian, is now known as much for its superlative restaurant (ironically named Fawda meaning ‘chaos’) as for its serene elegance.

Seated on a small terrace, Fadi tells me some of his backstory. “My grandmother founded the Arab women’s union here in 1947 and also launched a food project for uneducated women. She was incredible! She spoke 5 languages, and entertained massively with my grandfather who was a doctor. Her cooking references were varied though – Escoffier, George Rayess (a celebrated Lebanese chef in Beirut)  – and Betty Crocker!”

Fadi laughs at the latter, an American cook who, for me at least, is best known for her cake-mixes. “My other strong influence came from my father’s side as in the 1930s his family travelled to Japan then to India – in fact he was born in Bombay. So I’ve ended up with some Indian influences in my cooking too.”

Fadi’s own trajectory has led him to work both in Paris and London; while we chat, his mobile rings and he responds in French as fluent as his English. “But I moved back to Bethlehem in 2000 just at the start of the second Intifada. In fact personally I’m a violent secularist and atheist!” Despite his genial, mild manner, Fadi is vehement and outspoken in his political views.

“In the restaurant we’re here to serve, regardless of people’s beliefs. So I cook kosher food when asked, but I won’t work with an Israeli chef as we’re still an occupied country. Any attempt at normalisation is wrong – I say no. Conflict is not a gimmick.” Inevitably we discuss Banksy’s controversial new hotel right beside the separation wall in Bethlehem, The Walled Off. Fadi unabashedly criticises it as “apartheid safari”, a pertinent label with which I agree once I have visited the hotel.

Now, a burning question, what about Palestinian wine? Fadi is no fan of local Cremisan red (“table wine” he says dismissively), but brings out three bottles of other Palestinian wines which he rates very highly. “These two” he says, pointing at the Nadim labels. “are from Taybeh Brewery, the same people who make the beer, and are excellent. They’ve only been making them for two years.”

I had never come across them before, and was impressed when I tasted the Cabernet Sauvignon Reserve 2013. The third bottle, a Chardonnay from Mony Vineyard, is actually made in Israel by Palestinian vintners.

And of course our conversation veers to that old trope – who owns hummus and who falafel? The Israelis? the Palestinians? the Lebanese? In fact we agree that the adjective should be ‘Levantine’, as both dishes go back to the time of Ottoman rule over the entire Middle East – the Levant. That sorts out the food war at least.

Despite his cosmopolitan influences, Fadi remains faithful to traditional and local produce. “Look at this!” he exclaims, pushing a plate of white mounds towards me, then grating one. “It’s laban jamid, dried yoghurt, which I use for sprinkling over salads. The tiny aubergines come from south of Bethlehem – they make excellent sweet makdous, pickled with brown sugar, raisins, nuts and rosewater.”

As my mouth waters, I agree to sample Fadi’s four-course set menu – a tough commitment. It changes daily, so customers need to book 24 hours in advance.

Later, seated at an immaculately laid table and served with aplomb, I was easily convinced by his talent, whether in the innovative combination of flavours and textures or the beautiful plating itself. It also felt very exclusive as, despite ample seating indoors and out, Fadi confesses to limiting bookings to around 20 people. “I can cook better that way, and the service isn’t stretched”.

So there’s an honest man, not obsessed by increasing profits. So roll on gourmet Bethlehem, Fadi is leading the way. 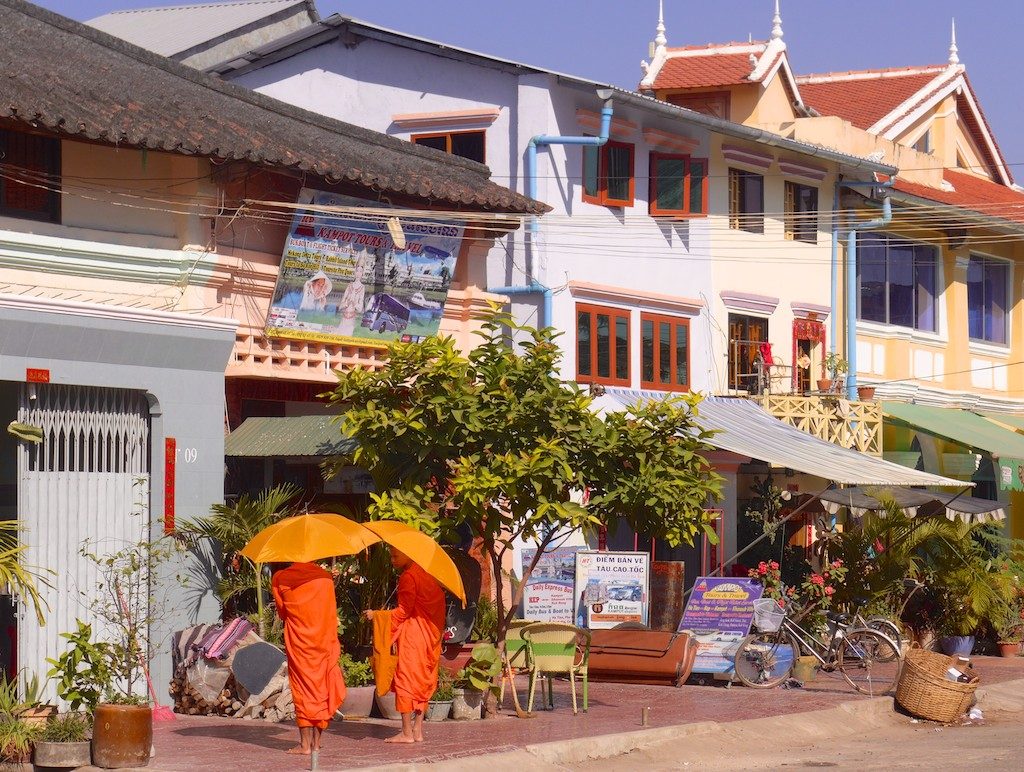