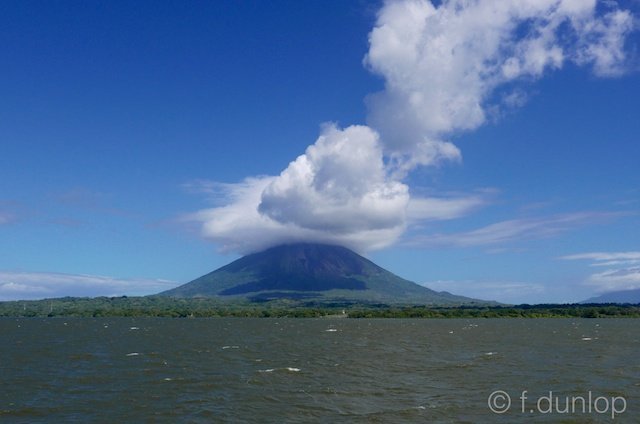 Nicaragua has suddenly hit the travel hit-lists after lurking in the shadows for decades due to civil war and uber-corrupt regimes. Today the president is still Daniel Ortega (since 2007, and before that leader 1979 – 1990). He certainly scores for longevity though one citizen who chucked a can of red paint over a Presidential poster I saw obviously didn’t rate him. Perhaps the fact that Nicaragua is Latin America’s second poorest country has something to do with it.

Socio-economic issues aside, Nicaragua is clearly on the up. Regarded as a ‘safe’ country to travel and to live in (compare that with the horrific record of its neighbour, Honduras) it is luring more and more Americans and Canadians – whether to its attractive colonial cities, to the Pacific shores, Caribbean islands or even to a tiny island of twin volcanoes adrift in the vast expanse of Lake Nicaragua – Ometepe.

What do you do in a land that is pockmarked with craters and pointy with volcanic cones? Contemplation is the answer, or perhaps volcanic mindfulness? Ometepe island is where I hummed ommm as I contemplated the almost perfect cone of Concepcion (above), a still active volcano and Nicaragua’s second highest at 1610m.

Our one-hour ferry crossing to the island was on a particularly windy day, yet despite the choppy waters and what felt like a precarious, over-loaded little boat, we were completely mesmerised by the sight of this volcano rising above the vast lake. Over the next week we were to gather that the summit is pretty much wreathed in cloud all morning until finally, by late afternoon, it emerges in a last puff of cumulus to bathe in the rays of the setting sun. Altogether quite magical.

On this unspoilt, verdant little island, 40,000 or so inhabitants live in tiny villages where brilliant blue morpho butterflies flit through banana, papaya and bean plantations to feed on hibiscus or bougainvillea nectar, and domesticated pigs amble along the road, occasionally overtaken by horseriders and/ or carts.

Life is slow-paced, as is public transport; the infrequent local buses are standing-room only, forcing visitors to hire motorbikes or taxis. This peaceful rhythm has attracted a stream of alternative life-stylers to set up eco-lodgings or actually farm organically – in fact one of Nicaragua’s oldest cooperative coffee farms is here, Finca Magdalena.

Our first point of call was a homestay (above) just south of the main port of Moyogalpa, one of an association of 17 families called Puesta del Sol. It was enlightening, but exhausting as our room turned out to be an unfinished backyard shed with bare concrete walls and floor and a corrugated iron roof that flapped in the night wind. Add to that crowing cockerels, barking dogs, a gobbling turkey and the nearby main road, and you wouldn’t call it home-comfort.

For this we paid $20 a night; acceptable dinners were $6,  and copious, delicious breakfasts only $3. This sounds incredibly cheap, which it was for us, but bear in mind that in Nicaragua a basic wage is barely $200/ month and comfortable hotels with a/c, breakfast and pool are easily found for $50-60 / night.

Martha (above) and José were attentive and chatty (in Spanish of course, so don’t consider this experience unless you can get by linguistically), introducing us to their three children and pet parrot Oli, though we happily spent much of the day at the ‘centro’ of the organisation. Here, lakeside hammocks + views, wifi, cheap drinks and bikes were all on offer – the latter proving a nightmare along the volcanic sand track.

So when we reached our next lodging, Finca del Sol, at Santa Cruz on the other side of the island, we were delighted. Even the novelty of shoveling rice-kernels down the compost toilet and braving a faulty shower did not mar the glorious setting. Much of the time I was prostrate in a hammock swinging in the porch of La Luna (above), one of three thatched cabins at this post-hippie, alternative farm-cum-guesthouse efficiently run by green-eyed Canadian Sheri, her pony-tailed Italian husband, Cristiano, three large dogs and a herd of goats and sheep.

In fact the huge property covers a good chunk of the flanks of Ometepe’s second volcano, Madera. As its last eruption was some 3000 years ago, it felt pretty safe, though the scattering of black lava rocks bore dramatic testament to the good old days.

With the view of Concepcion framed by towering tropical trees, I became fascinated by its halo of shifting cloud. And no, I didn’t climb it or Madera, although plenty of other people did. One couple who we shared the breakfast table with, a cheerful, handsome Scot and his glamorous Canadian girlfriend, had struggled to the summit the previous day, altogether taking some 7 hours. Cloud forest and humid conditions awaited them at the top, as well as aching joints the following day, but they seemed happy with the experience.

We caught a different glimpse of Concepcion on our way to one of the island’s ‘must-dos’, Ojo de Agua, a natural pool deep in the forest – though for my taste far too structured with terraces, changing rooms et al. Still, the soak in cool mineral water was welcome.

Other activities on offer include swimming in the lake off black sand beaches, spotting howler monkeys in the nature reserve of Charco Verde (impossible to photograph as they crash through the upper branches but you certainly hear them), kayaking, horse-riding or going in search of petroglyphs (incised rocks).

This latter quest led us to a neighbouring property, Finca El Porvenir, a charmingly old-fashioned hotel surrounded by acres of dense vegetation and forest, excellent for any bird, bee and butterfly-spotters though a bit of a hike from the low-key hub of Santa Cruz. We even heard howler monkeys there. The petroglyphs were impressive, well preserved, enigmatic, thought to be at least 2000 years old. They reminded me of those I saw in Mexico at Monte Alban, near Oaxaca, though an archaeologist friend, expert on Mexico, thinks they look Olmec, which figures as the Olmecs were among the oldest Mesoamericans and did reach Nicaragua.

And the food? Surprisingly good considering my memories of monotonous Costa Rican fare 20 odd years ago. Tropical fruit is plentiful (no shortage of bananas or plantains) and family restaurants thrive on a regular flow of cosmopolitan visitors, so dishes are freshly cooked. Diminutive Nectar, in Santa Cruz, and lively Pizzeria Mediterranea, on the road towards Balgue, were favourites, with plenty more choice towards Playa Santo Domingo. 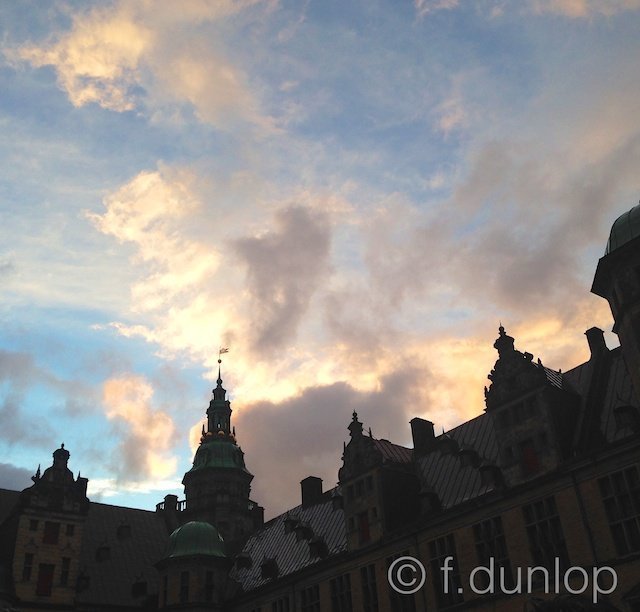