Ireland’s Ring of Kerry – a story of grey and green

As we negotiate the snaking roads of the Ring of Kerry in western Ireland, it feels like our eyes have been washed with precisely two tones – grey and green. Every hilltop and every cliff top looks out over rolling patchworks of lime-green fields studded with deep grey rocks. I’ll add white to the palate, as hundreds of woolly Irish sheep speckle the slopes too.

The Wild Atlantic Way is a canny tourism branding of a 2500-km route that winds along Ireland’s Atlantic coast from the far north in Donegal to the far south in Cork. Its dizzying path twists around dozens of big and little fingers of land that jut out into the ocean waves, making driving a slow process, far far slower than the signposted ‘speed limits’ of 100kph suggest…another example of the Wild Irish Imagination?

Arriving at Cork airport with limited time ahead, we choose to avoid the Dingle Peninsula, (overly) famed for its beauty spots, and instead opt for the Ring of Kerry of the next one down, the Iveragh peninsula, mountainous and unspoilt, we hope. 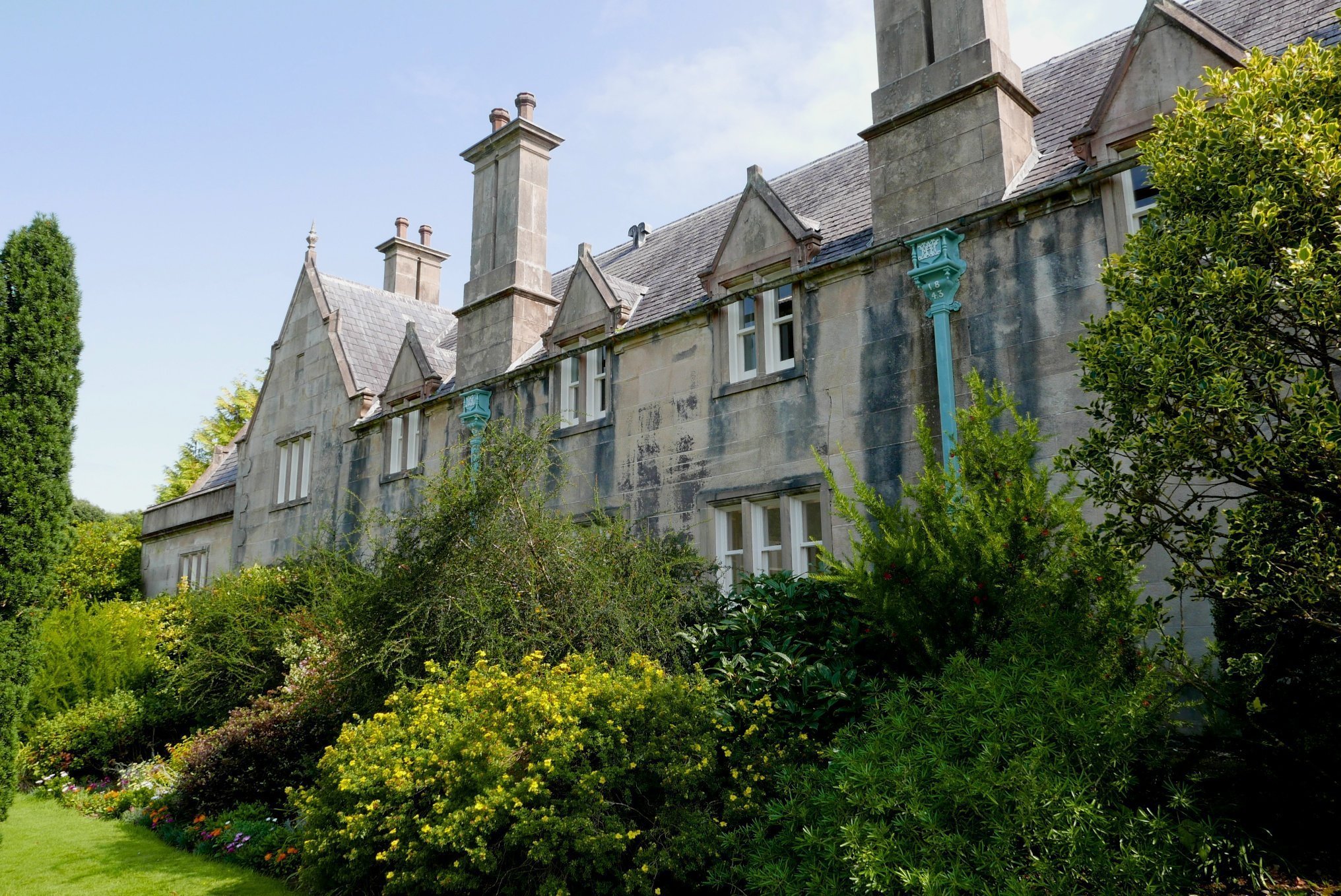 A pit-stop on the way takes us to the cheery little town of Killarney where shops sell mountains of woollen scarves and sweaters alongside a predictable line-up of pubs. Immediately south unfolds the beautiful Killarney National Park with, at its heart, Lough Leane, a vast lake edged by walking trails – wild and empty. Beside the lake, surrounded by landscaped gardens, stands Muckross House, a huge Victorian pile that once belonged to an illustrious Anglo-Irish politician – even Queen Victoria came to visit. Today it’s packed with cavorting families, tourists and little horse-drawn carriages offering rides. Far better to head down to the moody lake. 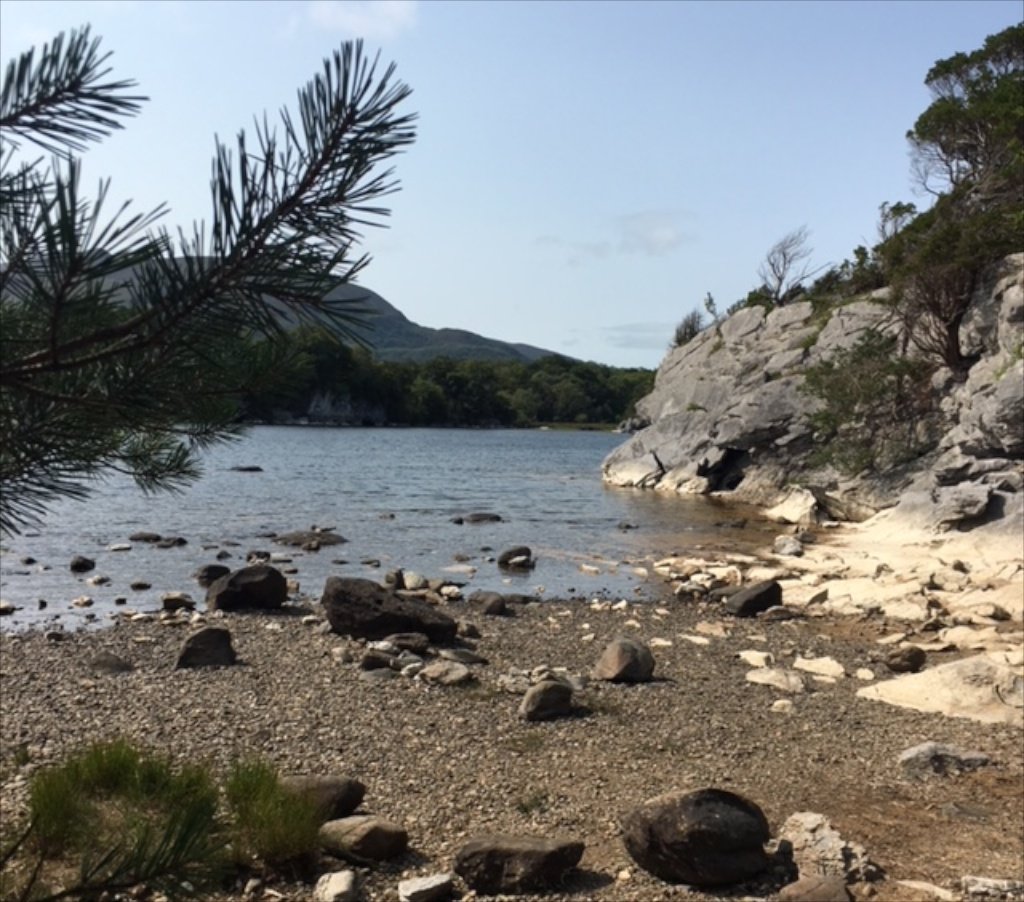 Onwards we go into the Ring of Kerry on the Iveragh peninsula. This area was once a favourite with none other than Charlie Chaplin who holidayed at the village of Waterville with his extended family for years until the 1970s troubles in the north put him off. Both the village and the proud, hospitable owners of the Butler Arms Hotel have since made him their symbol, bringing a bronze statue to the waterfront and umpteen photos of the Chaplin brood (notably Geraldine) to the hotel walls. 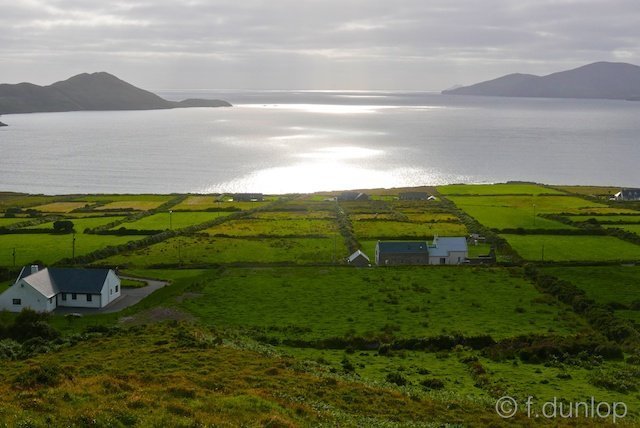 The village itself is underwhelming but the surroundings are spectacular, particularly Valentia Island with its historic slate quarry (some of which ended up on the rooftops of the Paris Opera and London’s Parliament) and cliff top walks, as well as tiny Ballinskelligs’s ruined abbey, watery McCarthy’s castle and, high up on the point, Cill Rialaig, an isolated artists’ retreat made up of a cluster of stone cottages. From here, sublime views over the Atlantic plus the silvery quality of the light must easily inspire a few brushes. 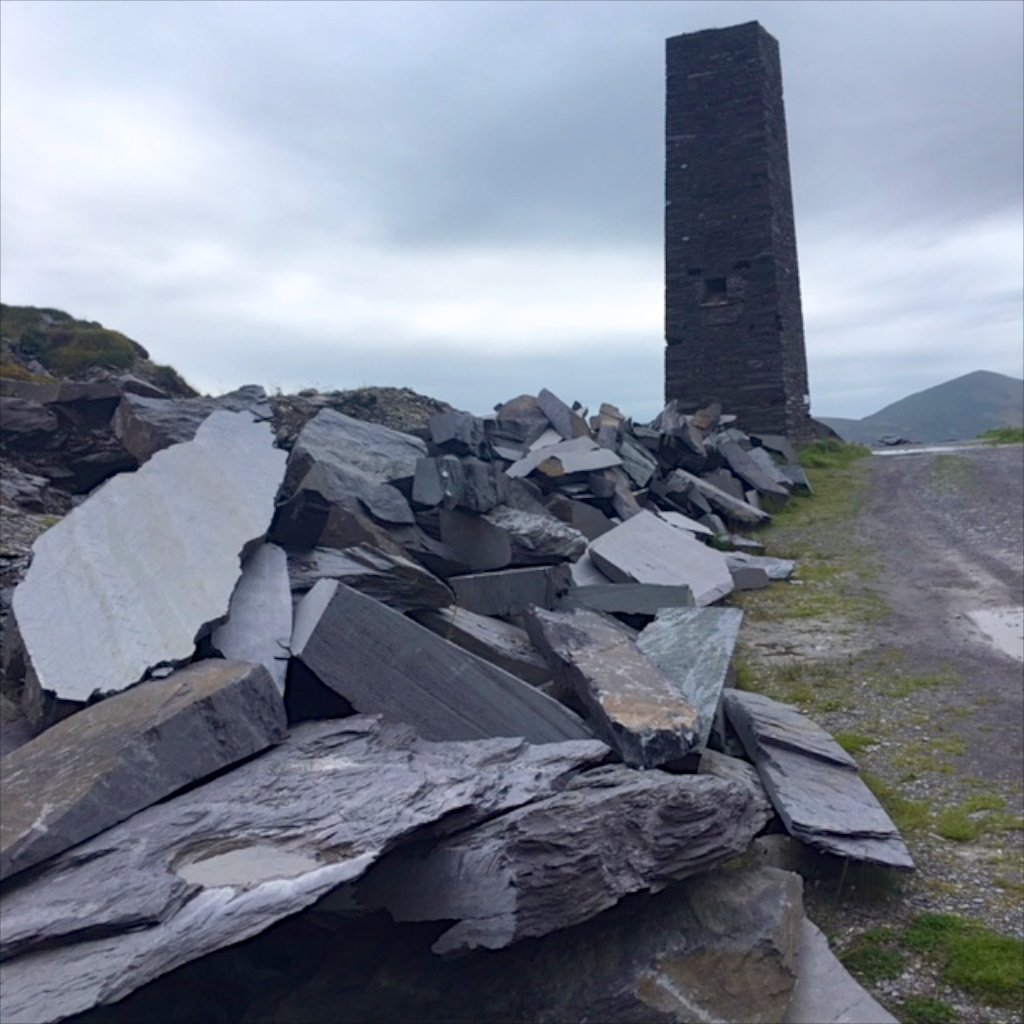 Just to the south of Waterville, near Caherdaniel, hidden in dense woodland, stands Derrynane House, the ancestral home of Daniel O’Connell – Ireland’s first great nationalist in the early 19th century. Stirringly remote, it’s surrounded by lush botanical gardens nurtured by the mild climate and sea air. Even if you don’t visit the modest museum you can explore the garden and endless stretch of beach and sand dunes in front – perfect for a breezy stroll – as long as it’s not too ‘soft’.

I love that Irish expression ‘soft’ – a euphemistic reference to that veil of drizzle that helps colour the land. It never seems to last long, and when the clouds clear it’s as if you’ve stepped into another world, luminous and refreshed. 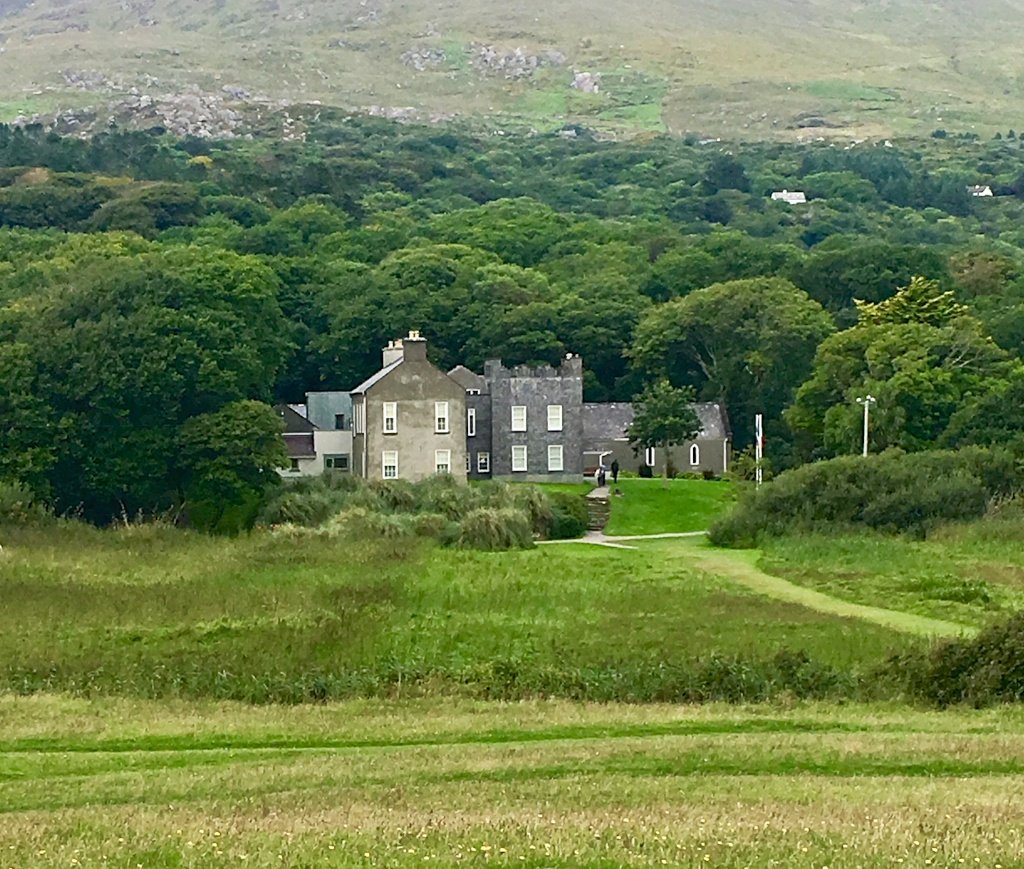 O’Donnell’s birthplace was in fact Cahersiveen, a small town on the north side of the peninsula. Here we stay at The Old Monastery, an elegant, early Victorian house abandoned by the monks in 1992 and now a stylish guesthouse. Where else could you snooze beneath a stained glass saint? 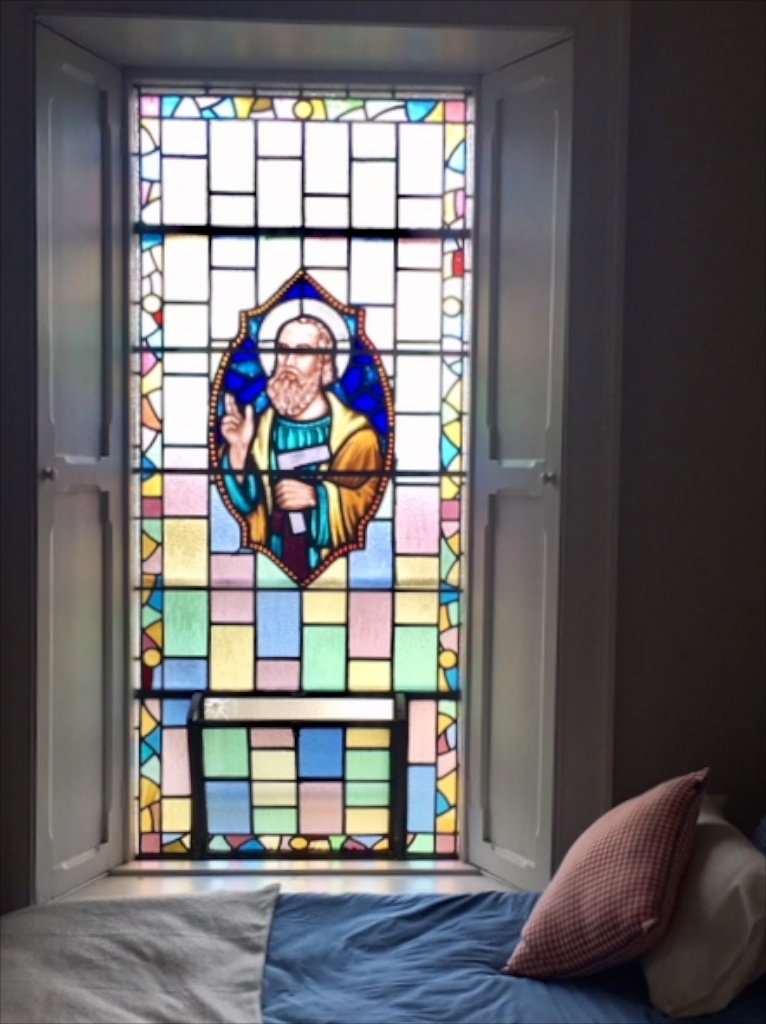 Our gregarious hostess, Lucy, fills us in on local hotspots, whether for food, views, history or traditional music (my travellling companion, Mel, is a fanatic so it becomes an ongoing quest). 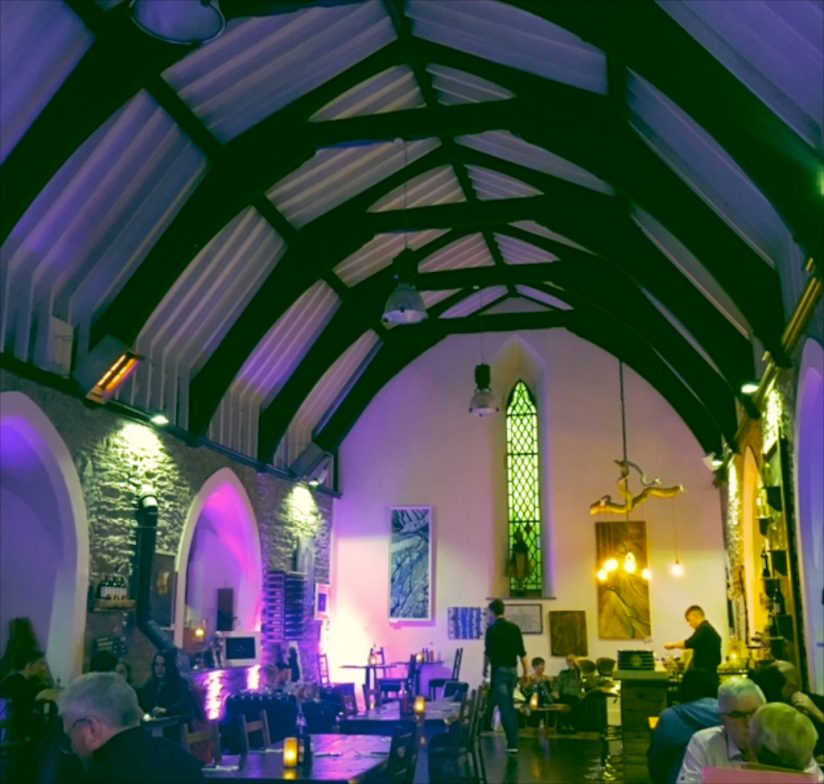 Having passed up on Cahersiveen’s most popular (and pricey) seafood restaurant, The Point, we are pleasantly surprised to dine on crusty gourmet pizza and full-bodied wine inside a converted Protestant church, The Oratory. I think we are sitting in the altar…Apparently not so long ago, Catholics would cross the road and cross themselves rather than walk past on the same side of the road – that is when it was a church, not a pizzeria. Now it’s heaving. And in those days there were, allegedly, 100 pubs. Compare that to about ten today. More Wild Irish Imagination? 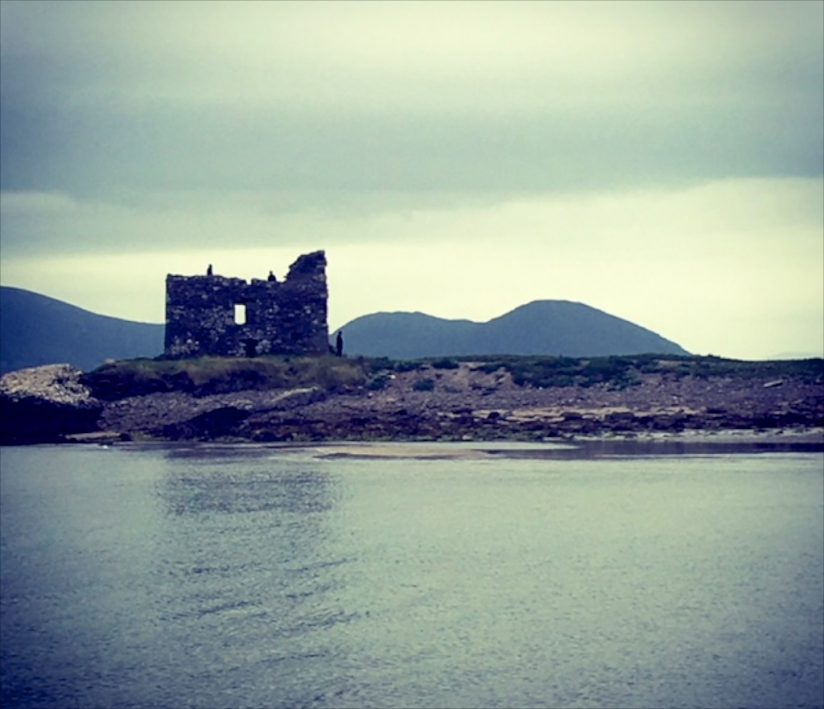 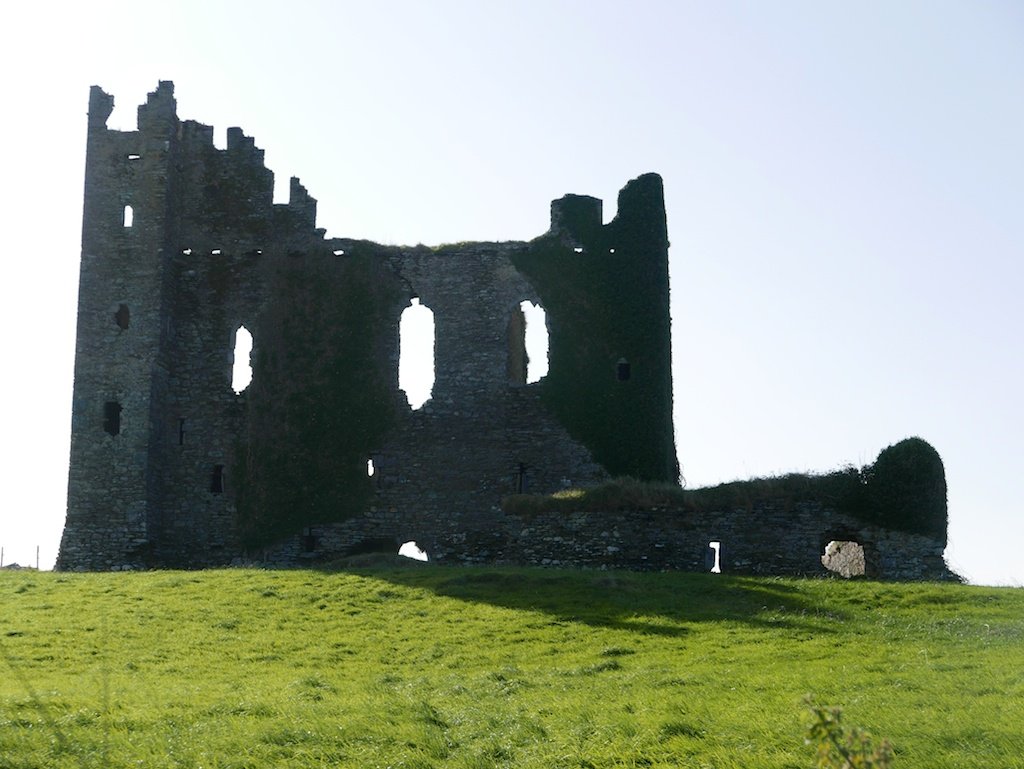 Of course ruined castles as above abound in Ireland but, older still, are the stone forts. The exact age of these circular, hilltop structures is unknown, anything between 400 and 1200AD, and this one, Cahergall Stone Fort, across the ricer from Cahersiveen, has been much restored. It’s still an impressive construction of immaculate dry stone walls with staggered flights of steps built into the inner curve of the wall. 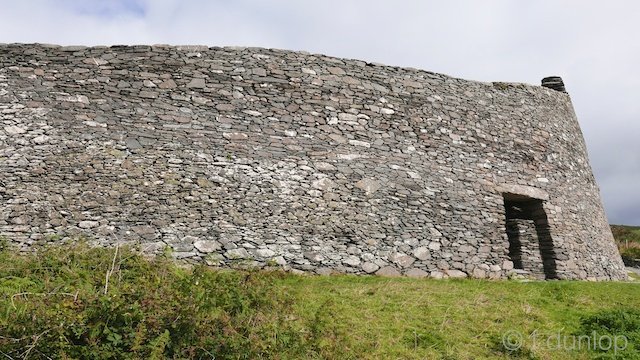 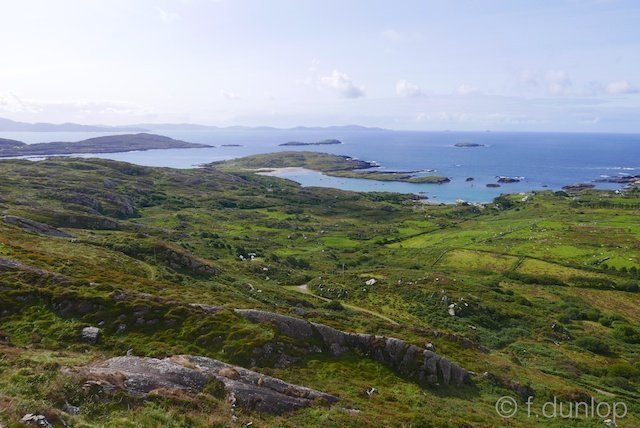 For me, living close to the verdant English countryside, it is Western Ireland’s bountiful stone and rock that strikes me most. I love the swathes of heath studded with boulders between clumps of yellow gorse, purple heather and leafy bracken, the massive striated slabs of rock beside the road, the dry stone walls, and the rocky cliff edges looking out at islands and another peninsula on the horizon. Stark, dramatic, sometimes bleak, it’s very far from the archetypal image of this mellow, emerald isle. 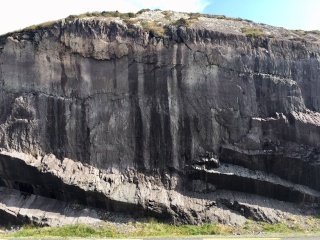