The making of Andaluz the cookbook

Not exactly a piece of cake (or tortilla?). Conceiving, researching, writing and producing an illustrated travel-cookbook is never straightforward and the process can often be painful – as was my latest book, Andaluz – A Food Journey through Southern Spain. The reason? This hybrid genre is dauntingly complex – from contents to design – and tosses up endless logistical knots. However in this case the greatest challenge lay with attempting an ambitious breadth of contents on a very low budget. Publishing is not what it used to be!

Doing the deal My American publisher and I ‘signed’ the deal at a London supper club with a gentlemanly (or in my case womanly) handshake later confirmed by a contract. Then followed my investigation into how to fund the research on the ground in Andalucia. Even if I have a house there, that doesn’t mean I can just pop down the road to the nearest restaurant for recipes, because my idea was to cover the entire span of this diverse region – slightly larger than the island of Ireland and about 400km east to west with a lot of mountains in between.

So I needed a rental car and accommodation which, finally, after a bit of to-ing and fro-ing, the Spanish Tourist Office agreed to fund – though severely constricting my time. No siestas! Over many long years of writing travel-guides to vast countries like India, Mexico and Indonesia I’ve been used to agonisingly tight schedules, yet this time it was different.

In fact by the time I had finished the first research trip I was totally bushed, hardly sleeping due to the angst of getting through the next day. When I meet people and tell them what I do – “food and travel writing” – they unanimously respond “oh how wonderful! lucky you! my dream job!”. Ha ha, if only they knew!

On the road There I was tearing across the eastern and central parts of Andalucia, negotiating city traffic, one-way systems, twisting sierra roads and tight underground parking, sometimes covering two restaurants in a day, meeting chefs and restaurateurs (therefore on my best diplomatic behaviour – in Spanish), interviewing, noting down recipes, then styling dishes ( I admit that’s probably the least impressive aspect of the book), photographing – and yes, eating! Let’s say tasting, as my appetite was stretched to its limit. In one case I had to do an entire shoot of six dishes in an hour due to the imminent opening of the restaurant to the public; in another, the chef didn’t realise I wanted to take photos, so the dishes weren’t ready. Yet another kept changing our rendezvous time according to how many diners were in his restaurant that afternoon. Whatsapp thus became a vital tool.

So when it came to the second research trip, I was a lot wiser and paced myself better. Yet there’s always something. In this case it was a puente – or long holiday weekend, when restaurants have not a minute to deal with a food-writer. Subsequently, on regular trips to my house, I managed to squeeze in a few more restaurants – though, oddly, by then I actually missed the adrenalin rush of the frenetic research trips. 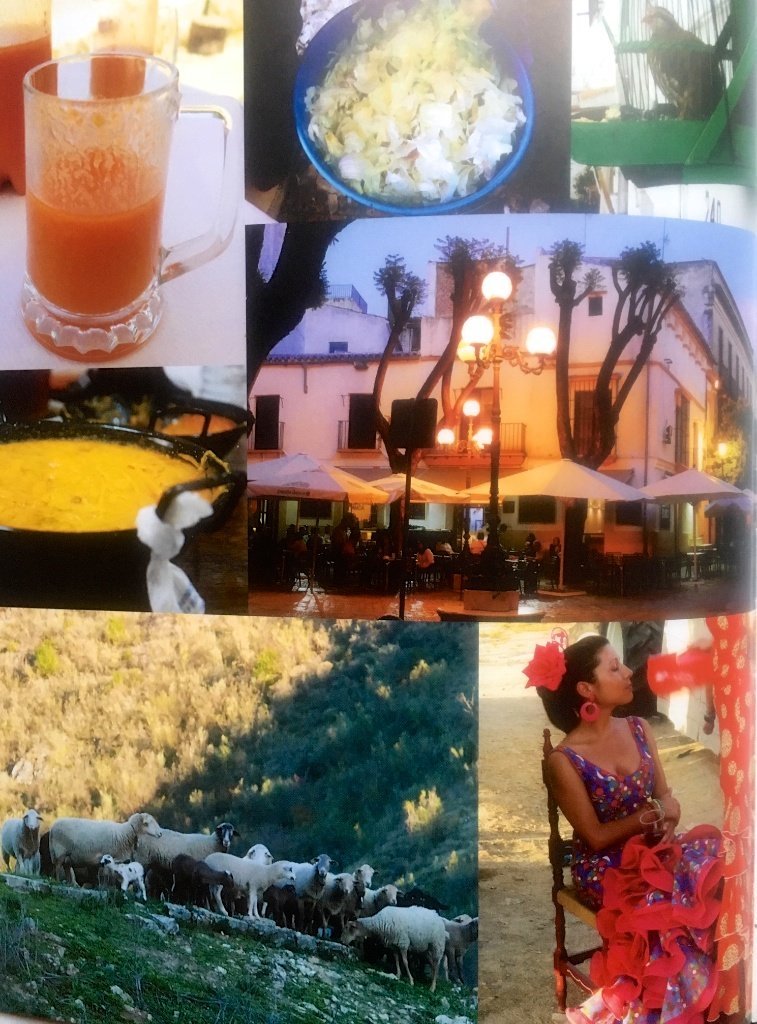 Cooking the book Once I had started writing, I realised I had an editorial issue, namely that there would be four threads winding through the book. My starting-point was an investigation into what remains of the 800 years or so Muslim rule of Al-Andalus, therefore historical; secondly I wanted to paint a picture of contemporary Andalucian cooking in typical restaurants; thiirdly I wanted to interweave travelogue to give a sense of a personal journey across this magical land; and fourthly I needed to introduce my own story – because why should I, an Englishwoman, be writing about Andalucia?

Hardly straightforward. However this can of worms turned out to be a godsend, and ultimately led to a riveting (I hope) book which works on several levels – from the three separate introductions (The Andalusian Kitchen – then and now; Al-Andalus – a brief history; Andalusia and Me) to the three travel diaries inserted between the regional breakdown (East, Centre, West) and finally portraits of 20 or so cooks/ restaurants. And of course there are recipes – over 100 – which needed massive fine-tuning by me and by the copy-editor and oe or two re-shoots.

Production Luckily I was entirely responsible for all photography and the US-based designer was open to my comments and suggestions. However production was an agonizingly s-l-o-w process, mainly due to my publisher, Interlink, being a small independent who juggles a lot of books at once with a tiny team. This meant Andaluz occasionally had a siesta in the pipeline. I have huge admiration for my publisher’s staying power, his many stunning books and unique vision but at times I confess I thought the book would never see the light of day.

But it did! Now at last the hefty 304-pp book is out there in glorious technicolour and I can safely say I feel proud of it. I also greatly  respect the publisher for producing such a high quality book. Last week a ’soft launch’ party was held in London at the swish and funky h Club in Covent Garden – organised and sponsored by SpainNOW, a London-based Spanish arts festival headed by the charismatic Antonio Molina-Vazquez. After I had read extracts – on food, history and my own story – nearly all the books sold. Meanwhile wine, chat and tapas flowed: how very andaluz!

So in the end – to steal the words of the Michelin guide – it was worth the journey.

“Both cookbook and travelogue, this homage to the land of the Arabs and Berbers reveals mouth-watering and educational excursions into the region’s little towns and the kitchens of local professional chefs and home cooks. A little history adds to the mix, as British author Dunlop (Mexican Modern, 2013) explains how eight centuries of Moorish rule (from the eighth to the fifteenth century) defined southern Spain’s personality, culinary and otherwise. Glorious color photographs alone beckon; what differentiates this 100-plus recipe collection are its origins in the cafes and restaurants of Andalusia, relying on chefs to contribute the best of their best. No one will be disappointed. Both unique and familiar fare populate the pages: gazpacho, caramel bread pudding, lemon cake, and seafood paella; falafel with beet tahini, hummus, and pickles; a fig and almond roll. Chef profiles are featured in tandem with restaurant descriptions; who could resist, for instance, a table in the middle of a bullring, or a chat with an 80-year-old preparing marinated turkey. Includes notes on regional specialties, like iberico ham and black pigs, and an annotated list of the featured restaurants. A true work of art—and love.”
—Booklist (starred review)

“Dunlop (The North African Kitchen) shares the culinary culture of Andalusia—an autonomous region in the south of Spain—in this glorious, lushly photographed cookbook. She organizes her cookbook by province, and includes brief biographies of a few notable cooks. Beginning with the east—which ranges from coastal Almeria to mountainous Granada—Dunlop serves up a butternut squash soup with almond and bacon, topped with a poached egg, as well as ‘lasagne’ of filleted fish, in which marinated mackerel is layered with rice paper and ajo blanco (a puree of almonds, pine nuts, sherry vinegar, and sunflower oil). From the center—Cordoba to Malaga—comes grilled asparagus with pine nut and cumin sauce, and quail baked in pomegranate sauce. And from the west—Seville to Cadiz—Dunlop presents a mushroom and blue cheese omelet, marinated Iberian pork with raisin couscous, a skirt steak macerated in orange with spelt and pickles, and a confit of pork belly apricots, prunes, dates, and orange (Angeles Sanchez, who contributed the recipe, ‘loves the contrast between the fattiness of the pork belly and the acidity of the sour orange’). Desserts are welcomely subtle, such as spiced fritters with honey and coffee-roasted dates with labneh. Ingredients are easily accessed and instructions straightforward. Dunlop delights in this inviting Spanish cookbook.”
—Publishers Weekly (starred review) 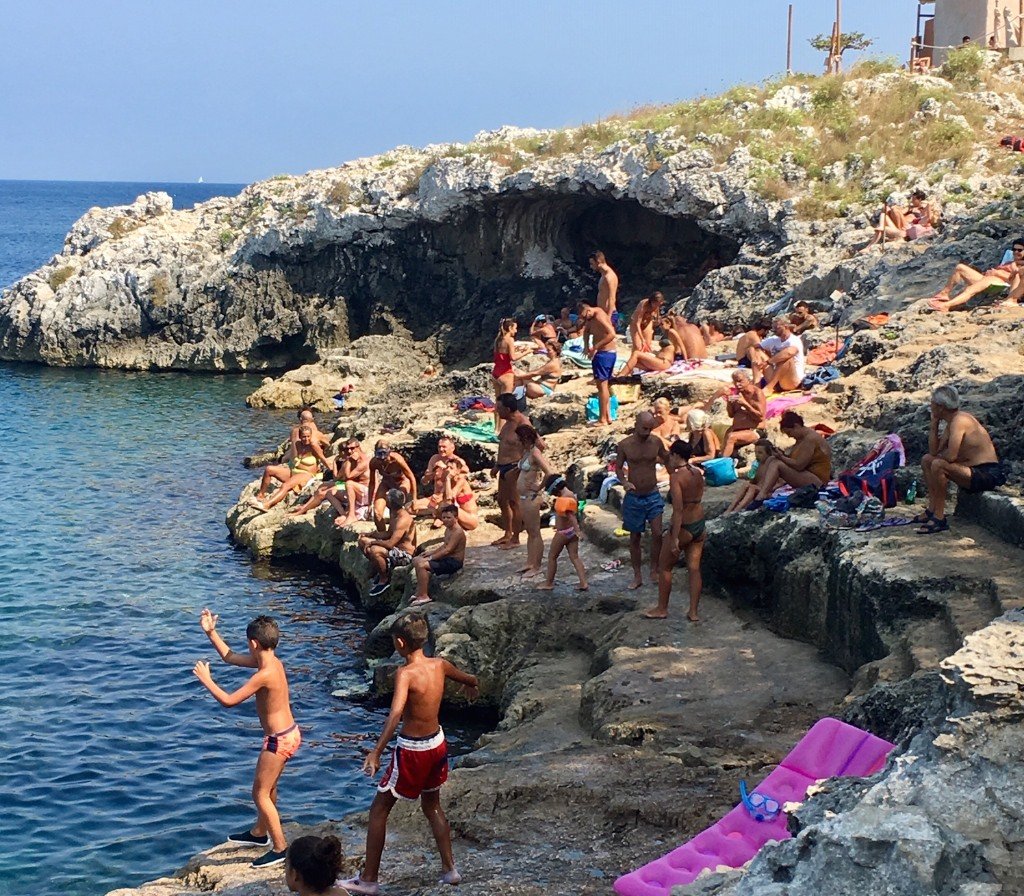