I have been lusting after a visit to Noor (meaning ‘light’ in Arabic) ever since it opened its doors over three years ago. The main reason is that the entire concept of this restaurant in Cordoba echoes the angle of my latest cookbook, Andaluz – namely a deep dive into the exotic food culture of Al-Andalus – Moorish Spain. For me this reflects a renewed sense of identity among Andalucians and a pride in their past which before seemed to be buried. So – what a turnaround!

Noor’s talented chef-owner, Paco Morales, 37, has had a good ride on the Spanish circuit working in iconic restaurants like elBulli and above all Mugaritz, where he worked beside Andoni Luis Aduriz for five years, but this is his first ‘own’ restaurant conceived from top to bottom. Previous independent projects in Madrid and Valencia didn’t work out, so lessons have been learned, yet the sheer ambition of Noor is astounding – nor did it take long to gain a Michelin star.

The numbers are interesting: the restaurant only has eight tables looked after by 18 staff, with one sitting each at lunch and dinner; they also allow themselves the luxury of closing from mid-June to early September (when Cordoba becomes a furnace) to experiment and develop the next season’s menu. Not quite Ferran Adria’s annual six-month closure – but almost. I find it hard to work out where the profit lies – no doubt outside the walls of Noor when Morales stars as a guest chef.

Morales is clearly driven by a passion for the past of his hometown, Cordoba, and inspired by the level of training that those top northern Spanish restaurants are known for (think rigour, precision, aesthetics, imagination, pushing boundaries). The result? A truly innovative restaurant where absolutely every detail has been thought through and designed to harmonise with the concept in a sharply modern makeover. Could you call it holistic gastronomy? or gastro-archaeology?

Thus on a balmy Friday night we enter the restaurant with high expectations – somewhat bemused by the odd choice of location, a rather nondescript suburb, luckily only a 10-minute taxi-ride from the centre.

First, in a dark corridor by the entrance, we go through the ritual of having our hands rinsed in rose-scented water poured from a brass kettle – all very Moroccan and traditional.

Then suddenly it’s all change as we enter an expansive, luminous space beneath a floating canopy ceiling. Black and white geometric motifs inspired by Moorish tiles are everywhere: walls, ceiling, floor, place-mats and (later) plates all echo the Islamic theme. Yet there are zero clichés of Moorish Spain here, a style which tends to dominate the Juderia beside Cordoba’s great monument, the Mezquita. This is sharp, modern, avant-garde.

Nonetheless the ingredients of what is served in the tasting menu are authentically medieval, discovered during lengthy research in the city archives, whether descriptions of feasts or the odd recipe. You can’t forget that from the 8th century Cordoba was the sophisticated hub of Al-Andalus for three centuries before the caliphate fragmented due to internal disputes and left the way open to fundamentalist Berbers from southern Morocco.

Thus obscure herbs join Roman garum (fish sauce), sheep butter, couscous, snails, orange blossom and sumac (not all at once) in a succession of dazzling dishes. Not one contains any ingredient from the New World (that particular foodie influence came much later with the conquistadors, in the 16th -17th centuries) – thus no tomatoes, no chocolate (a dessert uses carob instead), no turkey, no squash.

Our Berber tasting menu (one of three available) is composed of eight magical dishes, each one bringing mysterious flavours and textures. A karim of toasted almond, Sahara urchin and green apple with sumac is astounding, as is a lurid green delight of vegetables, a confit of sea bass from the Guadlquivir estuary (the river that crosses Seville and Cordoba) and glazed lamb shoulder and loin with anchovy and vegetable couscous.

The coup de grace is the first of two desserts: a quenelle of orange cream (more precisely “orange from the suburbs” according to the English menu) floating in an orange blossom soup with sweet pesto and basil. This is when I go straight to Andalusian heaven.

Meanwhile the immaculate service is a choreography of waiters and waitresses zig-zagging in pairs across the curved space from the open kitchen to each of the eight circular tables. My one criticism is the wine served by the glass; knowing how good Tenerife wines are, I choose a rare red wine from that island. Big mistake, as it turns out to be rather sour – in fact it’s the white wines that Tenerife is famed for. However my next choice is a superlative red from the Ribera del Duero – not tempranillo but (I think) a rich garnacha. I’ll confess by now my mind is mesmerised by the plates…

Nearly three hours later, after the final carob dish followed by petits fours, we exit the restaurant, replete. More than a restaurant however, it feels like emerging from an intense theatrical experience. Bravo Paco, a man who despite saying “the beauty of my plates reflects my insecurity” has shown impressive vision and self-confidence in this project. Although I quote him in the introduction to Andaluz – a Food Journey through Southern Spain, there was no way I could ask him for any of his complex, obscure recipes. So to feast in true Al-Andalus fashion, you just have to go to Noor.

Don’t forget to check out my book Andaluz – A Food Journey through Southern Spain. Order it in the US at Interlink or in the UK at Network Books and, worldwide, at many online booksellers.

See also my other blog posts on Cordoba:- 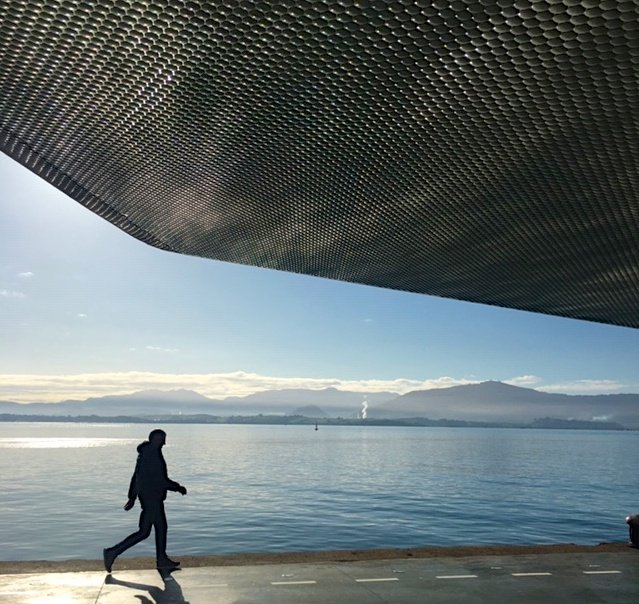