The last stop of my recent Middle Eastern foray was a desert tour of Wadi Rum, in Jordan, a true wonder of the world that inspires repeated gasps and constant amazement. Like nearby Petra, it is filling up fast with visitors nothing can alter the beauty of this vast expanse of red sand speckled with monumental sandstone and granite outcrops.

This emptiness of 720 sq. km on a high plateau, nudging the Saudi border, was once only home to nomadic pastoralists and traders, including the Nabateans who built Petra. The famed British archaeologist, writer and Arabist, T.E. Lawrence, also spent time here while helping King Faisal during the 1917/18 Arab revolt to definitively turf out the Ottomans at the port of Aqaba.

Seven different tribes compose today’s Bedouin inhabitants. Most are involved in some way in the tourism business – whether leading tours, running camps or serving tea in makeshift tents, though some still dabble in agriculture – mainly goat-herding for milk. meat and jammeed (a type of dried yoghurt). What is sad is how tourism is inexorably changing their way of life – like so many other places on this planet.

We had hired a car from Aqaba (have a read of my post on that seductive port) to drive to Petra (my tips about the Petra trip here), an easy route if it hadn’t been for a puncture. Pssssshhhht went the tyre moments after I had driven over a stray lump of metal on the highway. But this is Jordan, and two women (even middle-aged) beside the road with their boot up, looking helpless, rapidly attracted carloads of helpers. A couple of young men managed to fit the spare tyre, before another driver, a tourist guide chauffeuring a young American woman, gallantly gave us a tour of roadside tyre shops until we eventually found our joy.

A retread was fitted as we had a chat over a cup of dense Arabic coffee at a convenient pit-stop before continuing on our way, while our saviour, Mohammed, sped off with his charming client to Amman. Excitement over, we were soon back on the road to Petra.

A few days later we were back on that same highway, heading for Wadi Rum along a turn- off barely one hour northeast of Aqaba. I’d booked a desert camp online, mainly for its reasonable price, euphoric reviews and the fact that the “tents” (in reality metal cabins clad in striped Bedouin cloth) had private bathrooms. An illegible map with a rendezvous point was whatsapped to my mobile phone – not so easy. Eventually, thanks to a helpful petrol pump attendant, one of several brothers from our camp rolled up in his pick-up truck to lead us to a car-park outside the protected area.

From here on, for 24 hours, we were dependent on that Toyota truck – known locally as jeeps. I soon got the hang of clambering up into the open back and swaying with the rhythms of the sandy terrain, though photography wasn’t so simple.

The camp, although well situated, turned out to be an unmitigated disaster. You are warned, whatever you read (“exceptional! fantastic! the best in Wadi Rum!”), steer clear of Jamal Rum Camp as this is a cheap, badly run show. With 40 new arrivals every night, they have little time for niceties. Even finding out the price of the jeep tour in advance was impossible – and I won’t list the many other negatives.

That said, Natab, our willowy, youthful driver-guide (brother number 5?), was very charming on our 3-hour morning tour. At 25JOD (about $35) each, we expected to go a bit further than the six odd kilometres we covered, and there were rather too many protracted stops (cigarette breaks?) at Bedouin tents. Yet sweet tea from blackened pots was always plentiful and the evocative smell of burning embers all-pervasive.

At one we enjoyed a rendition by Natab’s young cousin on a rababa, a wooden box with one string, played with a bow of bamboo and horsehair. When the 16-year old sang in the shade of the tent it was eerily moving – his voice almost identical to the sound of the instrument.

Other tea-stops were rather more commercial, with souvenirs laid out for a constant flow of tourists – some on camelback, others in trucks like ours.

At one point on the top of a ridge we spotted a herd of wild camels grazing far down below. Not a human in sight and yet another soaring cliff behind – it felt like travelling a century back to the days of Lawrence of Arabia and hundreds of years earlier.

Like most other desert tours, we stopped at Lawrence’s House where the writer of Seven Pillars of Wisdom is said to have spent a few winter months, sheltering behind a wall of stone which has now tumbled – leaving no sense of a house whatsoever. Just his ghost.

Other places nearby revealed rock-carvings, though as Natab’s English wasn’t very clear, we were never sure of what we were looking at. And by this time, late in the morning, the cluster of rival ‘jeeps’ was getting to be rather too much. Many people come to Wadi Rum on a day-trip from Petra or Aqaba.

So for us it was onwards, back to the camp, back to our rental car and then the easy highway cruise back to Aqaba – no punctures this time. Behind us we left our tracks in the desert, like a dream, a theatre-set of the imagination, powerful, timeless, magnificent. 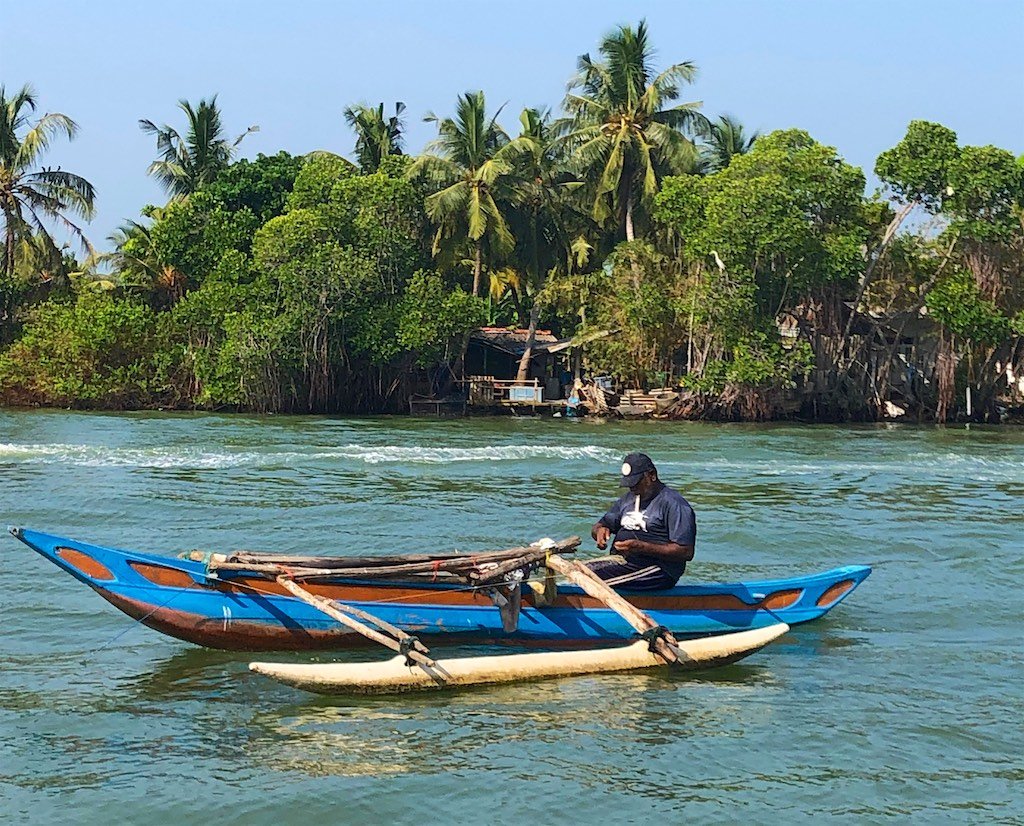 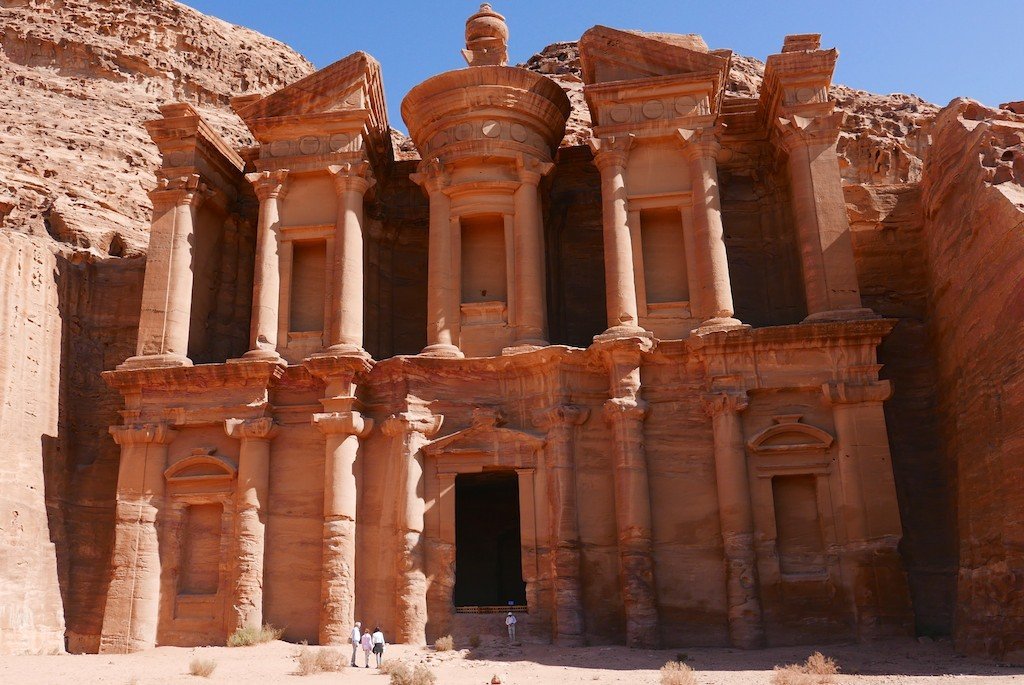