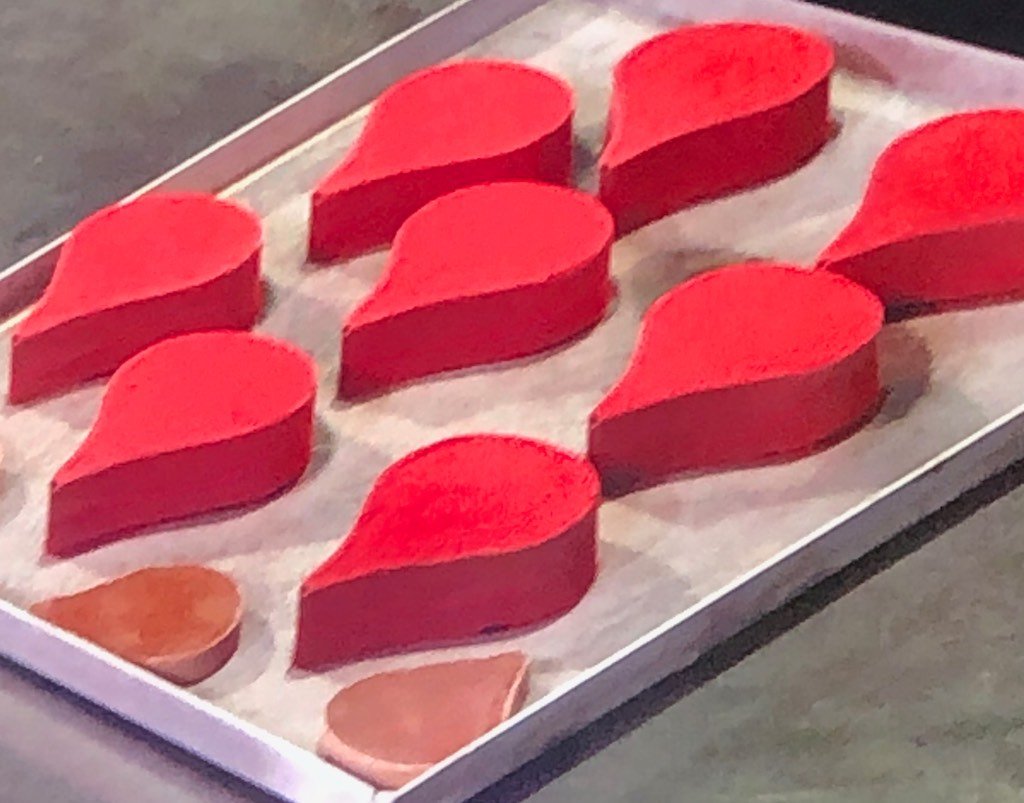 20 years of food-sharing! Not around a table but in vast halls & auditoriums under the banner Madrid Fusion. For two decades this brainchild of El Pais’ committed food critic, José Carlos Capel, has been the go-to congress for southern Europe, vying with Copenhagen’s MAD (still to revive after the pandemic), and recently rivaled by San Sebastian’s Gastronomika. Those Spaniards are hard to beat in the 21st century kitchen. Madrid Fusion 2022 topped all previous records in attendance and press coverage – and who doesn’t love the Spanish capital?

Madrid Fusion has always played a key role not just in showcasing modern Spanish cuisine, but also in encouraging collaboration and a vital exchange of ideas between chefs. Much has changed over the years, notably a move from an intimate venue to the echoing halls of IFEMA, built for trade fairs. New faces appear among the home-grown chefs, always generously sprinkled with international guests.

And after years of seeing the high profile Roca brothers (of Girona’s Celler de San Roca) troop onto the stage, this year’s glinting three-Michelin star was Dabiz Muñoz of Madrid’s very own DiverXo. His appearance generated a full house and ecstatic applause.

Last September Muñoz was awarded ‘best chef in the world’ in one of those random contests and has soared to god-like status. At Madrid Fusion the punk Mohican was being quizzed by the audience, an alternative to the half-hour presentations of most chefs. Interestingly, when asked about the future of gastronomy, his reply was “simplifying”, a direction I applaud after rather too many finicky dishes when each flavour is lost in the maelstrohm. But after over a decade of cutting edge cuisine and theatrical presentation, Muñoz’ comment came as a surprise. Above all his tasting menu is now priced at 365€. Ouch. Yet as he says, if people are willing to pay, so be it! Not me.

One fun aside concerned the classic Spanish tortilla – no onion please as that makes it too sweet. So remember, only patatas and EVOO! As for his favourite dish, ignoring the many irreverent creations that have flowed out of his kitchen, he nominated simple roast rabbit with carrot. He also touched on the mental health issues he experienced during lockdown when restaurants in Spain (as elsewhere) were closed. His London outpost, StreetXo, sadly closed permanently at the end of 2020 after five years – a great loss for the capital and for Muñoz.

On went the show to bring a mind-blowing presentation by Rasmus Munk of Copenhagen’s Alchemist. In the same vein as Muñoz, he was way out, introducing us to his concept of ‘holistic cuisine’ for a venue seating only 48 people. Art, presentation and music fuse, with a planetarium thrown in and sometimes chicken cages with screaming soundtrack. The latter is part of this well-funded chef’s concern for the issues of animal production. He even introduces chicken feet as forks and, like Massimo Bottura in Italy and José Andrés in the US, churns out food for the homeless.

For Munk it is concept first, then ingredients, then taste. He wants diners to question, to be made aware – as in his blood ice-cream which looks exquisite but may well taste vile. He admits that 40% of diners don’t like it. But then the idea is to encourage blood donations – so why not?

I am the glue

Then came another headline interview from a huge international star, none other than René Redzepi of Copenhagen’s Noma fame. Andoni Luis Aduriz of the celebrated Basque restaurant, Mugaritz was his very wise interlocutor. Their conversation was enlightening. Redzepi, son of an Albanian immigrant, still youthful for his 44 years, admitted that when it opened in 2003, Noma hit a wave in the rise of the Nordic regions as well as the explosion of the internet and social media. Timing is so often everything.

“In the old days the head chef did absolutely everything from ordering food to cooking it. Now he is part of a team of professionals. I am a glue that connects things. We are low paid, so our profit comes in innovation and experience. Mutual trust means we dare to move forward.” He emphasised how important challenges were and how, even if they make mistakes the team can extract what’s good.
“We must remember that food is the key to our health and the environment. That’s how we need to move, not just creating the new soup. Restaurants are still the essence of being alive”. Though he did add that as Denmark is a Protestant country, enjoyment is problematic. Damned Lutherans! What a contrast with Catholic gluttony. Yet somehow he manages to remain Number 1.

Illuminating interventions were plentiful. However after a succession of megalomania and philosophising, I was struck by the straightforward manner of Portuguese chef, Henrique Sa Pessoa. His elegant Lisbon restaurant, Alma (two Michelin stars and a sublime tasting menu at 160€ – a deal!) is just one of many outstanding venues in Portugal. At last they’re receiving attention.

Travelling the world injected Asian influences into his dishes, but Pessoa has also returned to that great Portuguese stalwart – salt-cod, aka bacalhau. Out of hundreds of salt-cod recipes, he chose to demonstrate bacalhau a bras (mixing flaked salt-cod with potatoes, eggs, onions and garlic) as his favourite. “Instinct and technique are important as a dish will never be the same each time”. I second that.
Another revealing comment – “It’s more difficult to be simple than complex.” To prove his thesis Pessoa revamped a classic dish from the Alentejo: a soup made from stale bread with a paste of coriander and garlic added to broth from cod cheeks and topped with an egg and croutons. Light yet filling, with punchy flavours, it looked exquisite – and totally satisfying. Just what the doctor ordered.